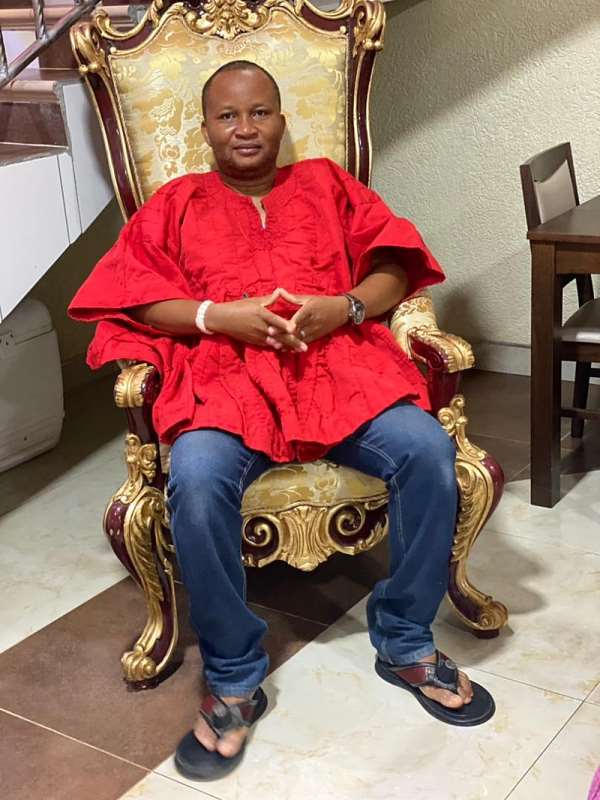 The Sempe Muslim Akwashongtse, Nii Adotey Odaawulu has said the people of Ga-Dangbe will support any Regional Minister or Member of Parliament with the good intention or agenda to work in the interest of the region.

According to him, he has seen the kind of work others are doing in their cities when it comes to development and attempts to make their regions the cleanest and the Greater Accra Region will not be an exception.

Nii Adotey Odaawulu made the statement on the sideline of a press conference held in Accra on Wednesday, June 23, 2021 by the Ga-Dangbe Youth Association to express their support to the Greater Accra Regional Minister, Henry Quartey in his quest to clean the city.

Last week, Hon. Quartey gave the Onion Sellers at Agbogbloshie July 1, 2021 an ultimatum to relocate to Adjen Kotoku but the onion sellers vow not to move and threatened to cause mayhem should the Regional Minister attempts to see through his decision .

This and many other interventions by the Minister, the Akwashongtse stated that since his appointment Hon Quartey has shown commitment and determination to ensure that the major problems confronting the Greater Accra region are resolved.

He calls on all Traditional Leaders, MMDCES and Assembly Members to support the Regional Minister to execute his agenda.

According to him, most of the congested places in Accra have been decongested, a situation he said has resulted in drastic reduction in the traffic situation in the city.

He stated that the relocation of onion sellers at Agbogbloshie will also ensure decongestion and development of the place.

He added that cities like Kigali in Rwanda is small but has seen unprecedented development and cleanliness as compared to Accra.

He said Hon. Henry Quartey, is on top of his job and has proved to the GaDangbe people that he is working in the interest of the Greater Accra Region and not for any religious, tribal or political party hence their resolve to support him to achieve his goal of making Accra the cleanest city in Africa