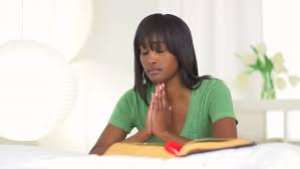 Today I want to get personal with you and yes, put you on the spot. I want to ask you a question that you MUST answer. The answer to this question is a matter of life and death. Before I ask the question, however, permit me to give you some background.

In Matthew 27 we find Jesus standing trial before Pilate. Christ has been betrayed by Judas and arrested by the Roman soldiers. He is now facing Pilate who thinks he holds Jesus’ fate in his hands. Unbeknownst to him, what Pilate really holds in his hands is his own fate. As Pilate is sitting on the judge’s seat with Jesus standing nearby, he asks a question in that should cause each of us to stop and think. It is doubtful whether Pilate truly understood the magnitude of the question, nor did he understand that he was making a decision that would affect his soul for all eternity.

Matthew 27:22 (NKJV) provides us with Pilate’s question. “What shall I do, then, with Jesus who is called Christ?” The immediate answer that came from the people was to crucify Jesus and that is exactly what happened.

Today I want to ask you, “What are you going to do with Jesus, who is called Christ?” There are only two answers to this question. You either accept Him as Lord and Savior of your life or you reject Him as Lord and Savior. There is no ‘I’ll think about it later’ option. If you choose to ‘think about it later’, then you have rejected Christ. Do you understand the implication of choosing to reject Christ? We are never told anywhere in the Bible that Pilate became a believer in Jesus, but let me assure you, if he continued to reject Christ as Savior, a split second after he passed from this world, he became a believer in Christ. Unfortunately, at that point, it was too late. He had made his choice in this life and he discovered that in the next life the consequences of that choice were not pleasant. Eternity in hell—everlasting torment—total rejection—complete aloneness—utter abandonment.

What if you choose to accept Christ? Is that the end? Absolutely not. Once we accept Christ as our Lord and Savior, we must then decide how we will answer that same question on a daily basis. “What shall I do, then, with Jesus who is called Christ?”

Do I put Him in a ‘Sunday’ box and pull Him out when I go to church?

Do I let my friends know that I am a follower of Christ? If I do, I’ll be different. I won’t be like everyone else.

What if someone makes fun of me?
What if I don’t fit in?
Every day Christians decide how they will answer the question, “What shall I do, then, with Jesus who is called Christ?”