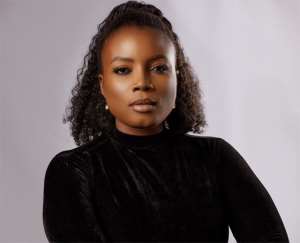 Songstress Irene Logan says she does not think there are artiste managers and record labels in the country.

The ‘Run Away’ hitmaker’s reason is that those who work in that space are just people who either have passion for creative arts or just want to make some money. They, however, do not understand the ins and outs of showbiz.

She was speaking on HSTV‘s E Lenz on Saturday about her roles in the new movie, ‘Fix Us’, which would premiere on December 6 at the Silverbird Cinemas, Accra Mall, when she made the comment.

“In Ghana, the industry is still developing and sometimes we deceive ourselves to think that we are at a certain level… I am trying to sound as nice as possible because I am not trying to bring anybody down or sound controversial but … I don’t think we have any managers, I don’t think we have any record labels in Ghana. I think we have people who have the passion for the arts or people who want to make some money and then they find someone who is desperate to be famous and have some talent and say come let’s go, let’s do this,” she said.

The comment was a reaction to a question asked about the role her management played in her decision to take a break from music for a while.

According to her, she went through a lot of difficulties to arrive at that decision, admitting that contributed to making her a difficult artiste to work with.

The Ghana-based Liberian singer and songwriter gained popularity as a member of the music duo, Irene & Jane. The duo competed in the maiden edition of the Stars Of The Future talent show in 2006, where Logan emerged the winner.

Logan started her solo career in 2009 with songs like ‘Run Away’, ‘Kabila’, Na Me Dey There’ and many others.

“Some of the things that held me back from music were the uncertainty of the exact type of sound I wanted to represent. I never wanted to be that girl who goes to club to sing and people twerk and stuff. No. I wanted to be an authentic artiste. An artiste that could stand on stages with the likes of the late Hugh Masekela and so on, but I feel like I do not have the technical or financial nor the emotional support to be able to launch my career to that level. That was why it is like I went quiet for periods of times. In fact, l was still trying to figure out how I wanted myself to be represented,” she explained.