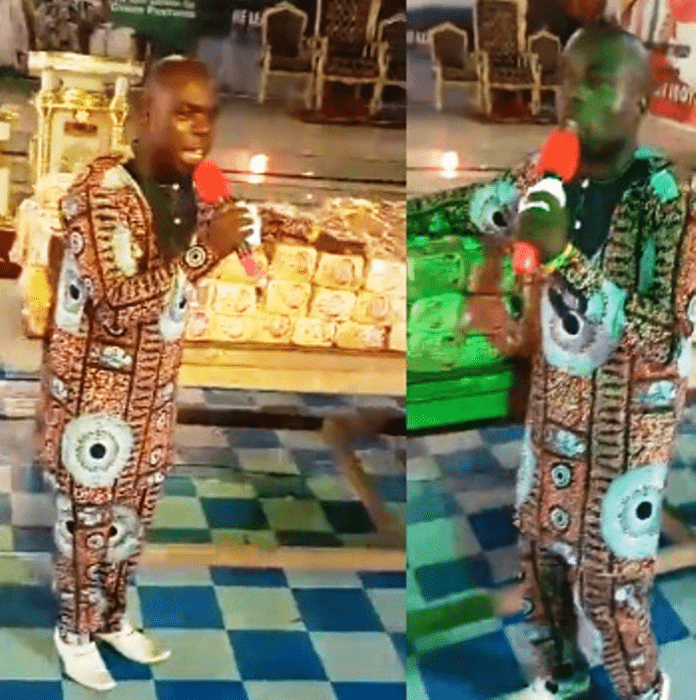 A clergyman in Delta state has gone viral after a video showing him handing over what he called ”anointed bread” to members of his church, surfaced online.

The pastor, Bishop Godday Iboyi told his members he was giving away the ”anointed bread” to commemorate the fourth year anniversary of his divine escape from kidnappers’ den.