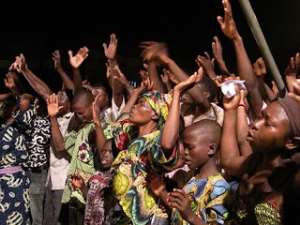 When Jesus Christ foretold the major trends that would precede His return to earth, the first sign He mentioned was religious imposters who would come in His name. How seriously do people take that warning?

Africa at the moment is experiencing a chain of mushroom pastors. Small churches are springing up everywhere, including classrooms, small sheds or someone’s veranda. Poverty and lack of education have forced a lot of people to become pastors in Africa, going after money and neglecting the duties of a true pastor.

To be a pastor one needs to study at a religious institution, learn the scriptures thoroughly, follow the theological training and complete seminary courses. After studying, he is then ordained as a pastor, but in Africa, the story is different. Only few that have absolute confidence in faith take the challenge to go to school.

To many being a pastor is the easiest profession, after dropping out of school. You can often see them at public places and in buses, preaching to people and passengers. Well, I don’t think it’s wrong to preach after all Jesus told his disciples “Go into all the world and preach the gospel to all creation.” but the fact that many used God’s name to commit a crime is very disturbing.

“Stealing in the name of the Lord, my father’s house of worship has become a den of thieves, stealing in the name of the Lord. This reminds me of a song by Jamaican Reggae star, Max Romeo. The so-called pastors neglect the real duties of a pastor and continuously deceive people, often using this Biblical quotation: “Cast thy bread upon the waters: for thou shalt find it after many days.” Ecclesiastes 11.

Without knowing where they went for their powers, some African pastors practiced witchcraft, used marine spirits and magical powers to baffle people, allowing them to gain a number of followers. The poor people with diverse problems start following these fake pastors, giving them all their money and properties, while in misery and poverty.

The problem in African countries is, there is no law which stops a man from practicing his faith, thus; the activities of fake pastors in Africa can’t be stopped since the leaders are just corrupt like the pastors. But we will continue to remind and warn them with the words of the great teacher.

Jesus said “For such men are false apostles, deceitful workmen, disguising themselves as apostles of Christ. And no wonder, for even Satan disguises himself as an angel of light. So it is no surprise if his servants, also, disguise themselves as servants of righteousness. Their end will correspond to their deeds.” 2 Corinthians 11:13.