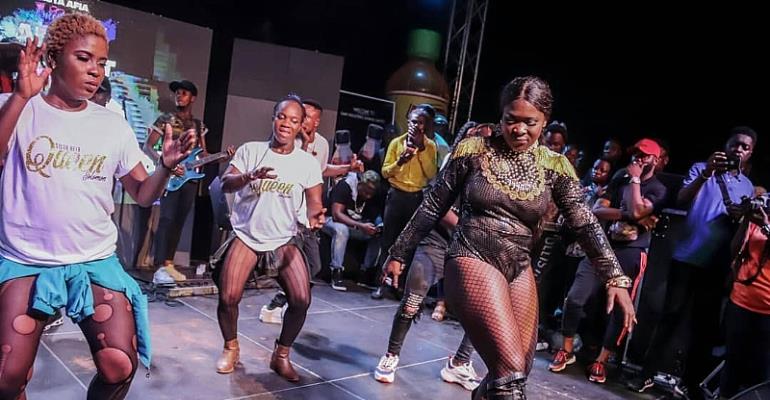 We are all aware of the undying “beef” between Shatta Wale and Stonebwoy, however die hard fans will do anything to defend their reigning king in Ghana’s reggae dancehall music under any circumstances.

Last night at the fantasy Dome at trade fare center, some fans didn’t spare popular female musician Sista Afia at all when she tried to step on their toes by performing potato (a song she featured Shatta Wale on). The fans then started throwing empty water bottles and other materials at her on stage. Sista Afia tried to calm the fans down and quickly switched songs in order to leave stage in Peace.

The event, which has Stonebwoy as the headline artiste, took place on Friday, December 29 at the Fantasy Dome at the Trade Fair Centre in Accra. The event saw performances of global icons like Morgan Heritage, Sarkodie, Kwesi Arthur and other talented musicians showcasing their musical prowess on stage.