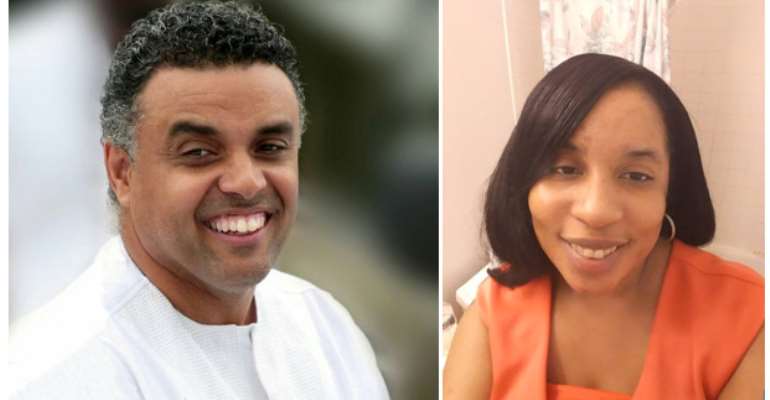 Judging from the current constraints of the Church; some would ask if a second Christian marriage is possible or permissible for hurting spouses that eventually go on to find greener pastures. The biblically-sound answer is “Yes!” We take a look at the first biblical picture of THE STORY OF ESTHER found in the Book of Esther in the Holy Bible. Esther 1: 19- 20 reads: “19 “Therefore, if it pleases the king, let him issue a royal decree and let it be written in the laws of Persia and Media, which cannot be repealed, that Vashti is never again to enter the presence of King Xerxes. Also let the king give her royal position to someone else who is better than she.20 Then when the king’s edict is proclaimed throughout all his vast realm, all the women will respect their husbands, from the least to the greatest.”

This Holy Book talks about a man named King Xerxes who lived a life of prominence, eldership and spiritual power; also leading the masses at that time within his citadels. In order for King Xerxes to govern correctly in God’s eyes that is; the King one day realized that there were some irrevocable marital issues between himself and the first wife he was ordained to marry whose name was Vashti.

Now after a fresh move of God, he the King Xerxes put to rest what would have defeated him in battle and in his personal life which was his former wife Vashti. Now God knowing the needs of man and God being a kind God and also in Him acting justly. God did not count King Xerxes and Vashti’s separation as unrighteousness. But rather as an act that would later be used in the will of God a little later for the betterment of the Holy Church.

God then approving the initial separation of the former couple then sent Esther or in Hebrew a woman named Hadassah to the King. He sent Hadassah to become apart of the palace harem and to ultimately to let her purity, her chastity and her beauty too overpower the pains of the King and the very present pains of her people.

In which the union of Hadassah and the King Xerxes turned into a divine marital status.

On another note. The dreary story of Hannah and Penninah found in 1Samuel of the Holy Bible yet again records the life of a man of God named Elkanah who in due season took upon himself two wives. One wife whose name was Penninah was recorded in the Holy Bible as a woman who was evil and wicked while Hannah the second wife was lovely in form, thoughtful and benevolent and rather very prayerful. And so at the expense of getting close to Elkanah; Penninah the first wife, abused Hannah the second wife daily with wicked remarks about her childbearing privileges with Elkanah as a sign of a reason for Hannah to pray without ceasing.

However with time Hannah overcame Penninah when God himself finally opened the womb of Hannah after Elkanah knew Hannah. As found in 1Samuel 1: 19. Which says: “19 The entire family got up early the next morning and went to worship the Lord once more. Then they returned home to Ramah. When Elkanah slept with Hannah, the Lord remembered her plea, 20 and in due time she gave birth to a son. She named him Samuel,[ f ] for she said, “I asked the Lord for him.” Once the child was given to the new couple Hannah and Elkanah. Hannah sang a song of deliverance found in 1Samuel 2: 1-10 which says “2 Then Hannah prayed and said,

My mouth [ b ]speaks boldly against my enemies,

Because I rejoice in Your salvation.
2 “There is no one holy like the Lord,

Indeed, there is no one besides You,
Nor is there any rock like our God.
3 “[ c ]Boast no more so very proudly,

Do not let arrogance come out of your mouth;
For the Lord is a God of knowledge,
And with Him actions are weighed.
4 “The bows of the mighty are shattered,

But the feeble gird on strength.
5 “Those who were full hire themselves out for bread,

But those who were hungry cease to hunger.
Even the barren gives birth to seven,
But she who has many children languishes.
6 “The Lord kills and makes alive;

He brings down to [ d ]Sheol and raises up.

7 “The Lord makes poor and rich;

He brings low, He also exalts.
8 “He raises the poor from the dust,

He lifts the needy from the ash heap
To make them sit with nobles,
And inherit a seat of honor;
For the pillars of the earth are the Lord’s,
And He set the world on them.
9 “He keeps the feet of His godly ones,

But the wicked ones are silenced in darkness;
For not by might shall a man prevail.
10 “Those who contend with the Lord will be shattered;

Against them He will thunder in the heavens,
The Lord will judge the ends of the earth;
And He will give strength to His king,
And will exalt the [ e ]horn of His anointed.”

Yes for some people remarrying another person after being encouraged by God’s will brings life, love and restoration.