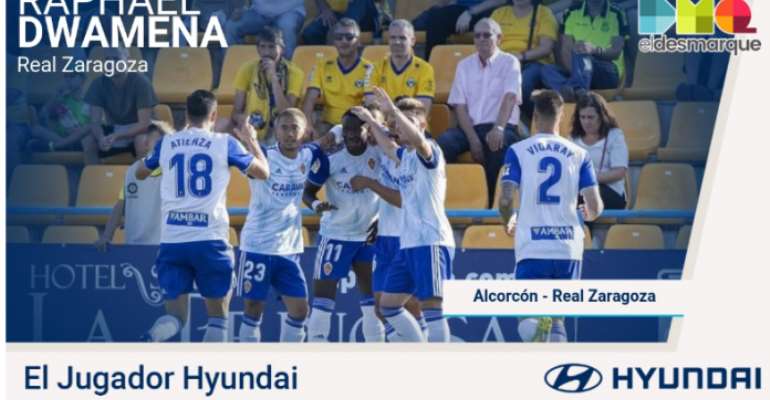 The 24 year old who is on loan from Alaves, was the star boy at the Stadio Oliber De La Fuente Ramos as he incessantly frustrated the Alcoron defenders throughout the entire duration of the game.

The UD Levante loanee scored his team’s opener with a fabulous strike in the 12th minute and always looked threatening in the opponents’ half as Luis Suatez and Carlos Vigaray added one each in the 42nd and 90th minute respectively.

The goal was the former FC Zurich’s stay boy first for Real Zaragoza in the Spanish second-tier league so far this season.