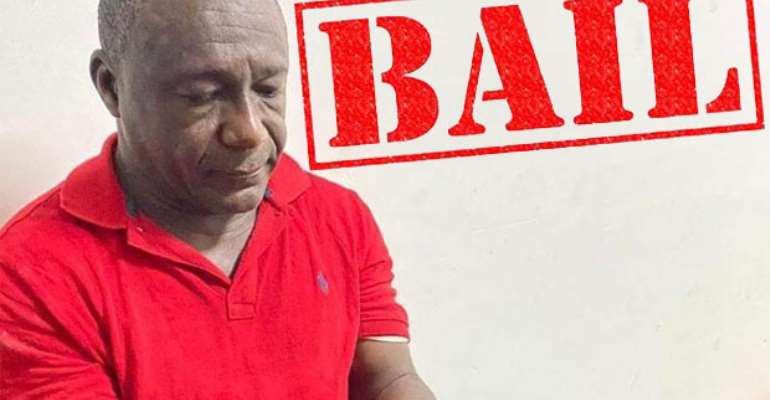 The self-acclaimed pastor Apostle Kwabena Owusu Agyei, who threatened to kill the chairperson of the Electoral Commission (EC) has been grated a GH¢ 100,000 bail by an Accra Circuit Court.

The accused is to present three sureties, two of whom must be public servants earning not less than GH¢ 2,000 every month.

The pastor is before the court facing three counts of threat of death, unlawful possession of narcotics, and assault on public officer.

He pleaded not guilty to the counts and his legal team made up of Kwadjoga Adawu and Xavier Sosu pleaded with the court to grant him bail pending the trial.

Mr. Adawudu told the Court that per the constitution, the accused is presumed innocent until proven guilty.

He said his personal liberty should not be curtailed by remanding him on mere allegations levelled against him by the state.

The application was opposed by ASP Sylvester Asare who stated that the accused will interfere with investigations if granted bail.

He added that given the nature of the charges, the accused will not appear for the trial if granted bail.

The court presided over by Justice Emmanuel Eesandoh, a High Court judge sitting with additional responsibilities as a Circuit Court judge, granted the accused bail of GH¢100,000 with three sureties, two of whom must be public servants earning not less than GH¢ 2,000.

He is also to report to the police every Monday and Friday.

Apostle Kwabena Owusu Adjei caused a stir when he threatened on a live show to kill the EC Chairperson, Jean Mensa if she goes ahead to compile a new voters register for the 2020 Presidential and Parliamentary elections.

He threatened Madam Mensa to stop the compilation of the new register or die young at midnight although he did not mention any specific day.

Apostle Owusu Adjei, was arrested on June 9, 2030 by some officers of the National Security while he was granting an interview to a journalist from Hot FM.

In a video circulating on social media, some men who claimed to be from National Security were seen moving into the house of the pastor to arrest him.

Things took an interesting twist when a video went viral which suggested that security officers found parcels of a substance suspected to be marijuana (wee) on the pastor.