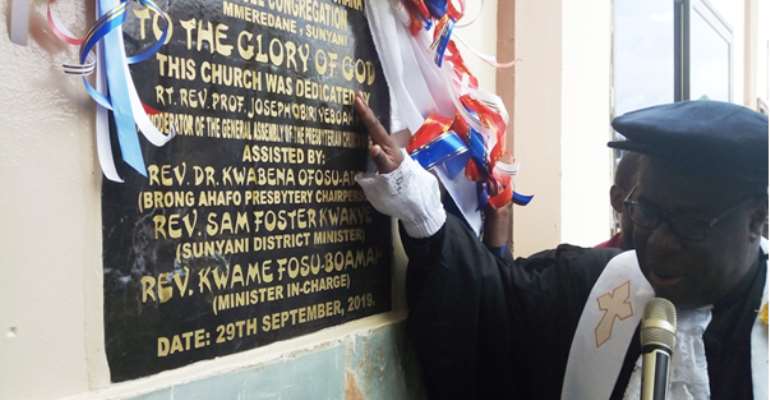 The Presbyterian Church of Ghana has inaugurated a 2500 capacity Chapel as one of the largest in the Bono and Ahafo Presbytery. The well-furnished edifice with state of the art facilities, fully air-conditioned, accompanied with washrooms, offices amongst others, was started in November 2003 and completed in August 2019.

The Emmanuel Congregation which began in a classroom in 1995 with 5 adults and 12th children can now boast of over 500 members including Children Service and Junior Youth (JY). Another impact as one of the numerous achievements of the Emmanuel Congregation was the new church planted at Mango Groove, New Dormaa, as a result of its continuous house-to-house evangelism programmes.

Addressing congregants in dedicating the Chapel for the Emmanuel Congregation at Mmeredane in the Sunyani District of the Presbyterian Church, the Moderator of the General Assembly of the Presbyterian Church of Ghana and beyond Right Rev Professor Joseph Obiri-Yeboah Mante challenged the congregants to use the newly dedicated Chaple as an impetus to win more souls and further charged Presbyterians across the globe to visit all hinterlands of human abode to achieve the “Vision 1.5 Million People” Agenda tageted to be won for Christ in the next five years of his leadership on the 2019 Presbyterian theme “Go and Make Disciples of All Nations”.

Delivering the sermon on the theme “One Thing Is Necessary”, Rev Prof Obiri-Yeboah admonished Ghanaians and Christians as large to set a priority that stands the test of time worthy of emulation and pursue a goal of eternal value to accomplish with Christ as their focus rather than chasing wealth and fame.

He warned Christians against pride, vindictiveness, personal hatred and unnecessary earthly competition that leads to misery. He emboldened them to instead uphold love, humility, faithfulness and truth which are the true reflection of the image of Christ, stressing the need to have a society where good human relation thrives.

The Brong Ahafo Presbytery Chairperson Rev Dr William Kwabena Ofosu-Addo who supervised the project revealed that there are about 140 Presbyterian Congregations in the area currently worshipping in classrooms and under trees, hence the introduction of an initiative dubbed “One Mission Enterprise” where every well-endowed Congregation is being tasked to help develop the nearest struggling one, mostly in the villages. He added that the initiative would also help to achieve the “Vision 1.5 Million People” agenda.

The host Minister in charge of the Congregation Rev Kwame Fosu-Boamah whose hard work and commitment led to the completion of the project was grateful to his predecessors and God for its successful completion during his time, despite the difficulties.

The dedication ceremony honoured some deserving members and individuals for their contribution to the development of the church including posthumous award to the first Caretaker of the Congregation late Emmanuel Opoku-Cosmos whose ingenuity led to the acquisition of the land as well as fraternal messages from the past Ministers who laid the foundation for the construction of the church building. It also honoured the longest-serving Catechist Mrs Christiana Asiedu Danquah for her 18 years contribution to the Congregation. 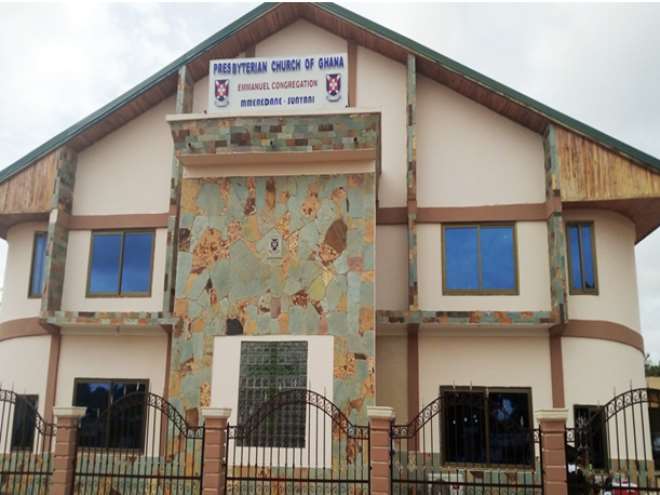 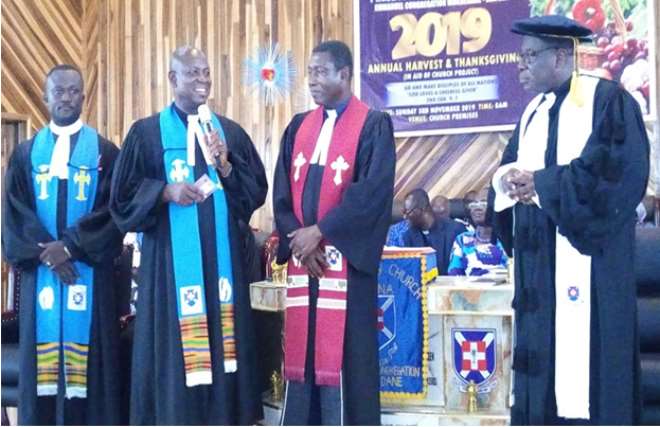 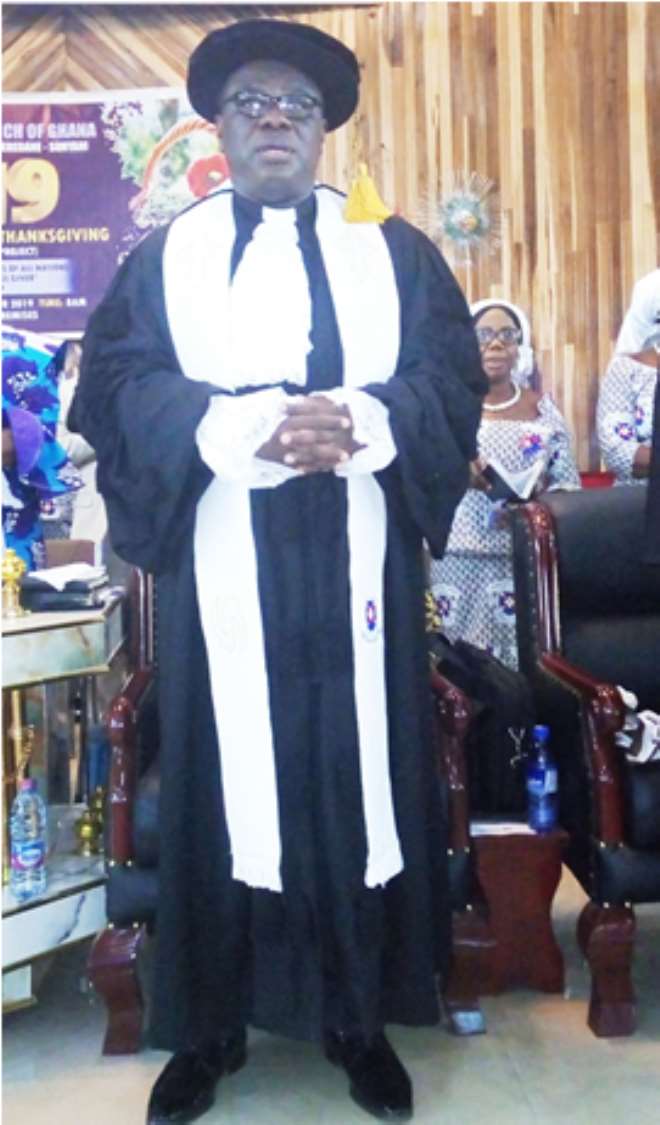