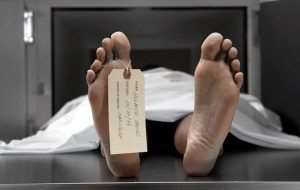 A 28-year-old polytechnic graduate, Eric Mensah was popularly known as Papa Abeka among his colleague was found dead on the Akyem road in the Tarkwa Nsueam municipality.

The deceased hails from Ekumfi Nakwa in the Central Region, and his body has been deposited at the Apinto Government Hospital morgue for autopsy.

Mr. Thomas Ababio, Superintendent of Police in-charge of the Tarkwa District, told the Ghana News Agency that on July 15, 2018, at about 0730 hours, the police had information that a gentleman was dead beside the Akyempim primary school on the Akyem road.

He said when the police proceeded to the scene they found the lifeless body of Eric in a pair of black jeans trousers with a multi-coloured Lacoste T- shirt.

.Mr Ababio said when the police performed a physical examination on the body, no marks of violence were detected except a minor bruise on the left elbow.

The District Police Commander said the case was still under investigation.