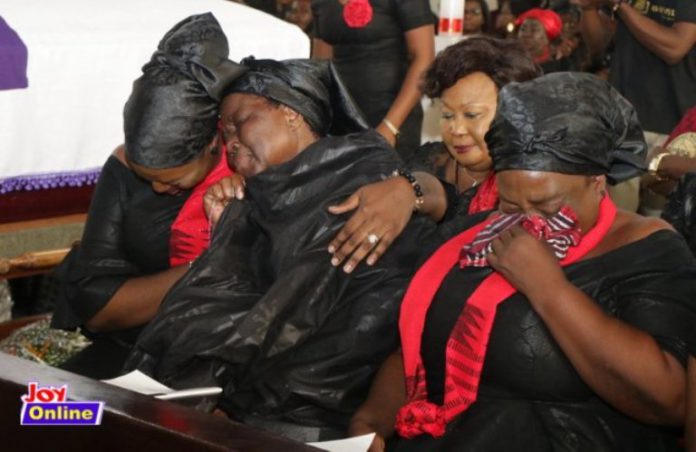 A pre-burial service has been organised in Accra in memory of veteran journalist, Cyril Harry Kwasi Acolatse who died in October at the Tema General Hospital.

At the auditorium of the Christ The King Parish on Friday, December 13, was a congregation of family and friends, staff of the Ghana Broadcasting Corporation (GBC) and politicians who paid their last respect to the legendary Cyril Acolatse.

READ ALSO: Akufo-Addo reacts to ‘Family and Friends’ tag on him

The rest include aide to former President John Mahama, Mr Stan Dogbey, Spokesperson for the former president, Joyce Hawa Mogtari as well as MP for Keta, Richard Quarshiga who is also a former staff of GBC.

READ ALSO: Why Akufo-Addo describes his deputy as ‘prophet’