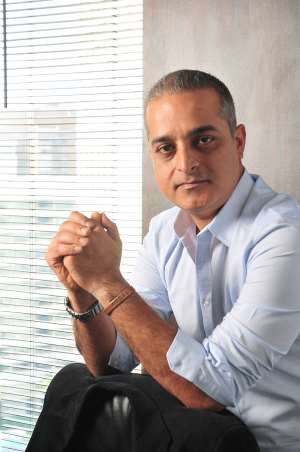 Christened FEED, the product aims to connect brands to popular culture to keep pace with rapidly changing audience interest. FEED is being rolled out across Africa in a phased manner. The agency chose June 23rd as the launch date to commemorate the 109th birth anniversary of its global founder, David Ogilvy.

“With FEED, we are delighted to see real-time marketing become a reality in this region. Brands have recognized the importance of having their finger on the consumer’s pulse for decades now, and there are several offerings in the market to serve different aspects of that opportunity. The agility and compatibility of these offerings however, remains a challenge. FEED has been developed to evolve the disparate offerings into one complete solution.”, said Vikas Mehta, CEO – Ogilvy Africa.

The first phase starts in Kenya with command centres and physical infrastructure set up in Nairobi. Having completed over three months of beta testing with some of existing clients of Ogilvy Africa, FEED will be rolled out in its next phase in Ghana, Zambia and Tanzania. By the end of the year, the offering will be available to clients throughout the continent. Besides, every deployment has the capacity to serve the entire continent from any location and is expandable to unlimited users.

The FEED ecosystem combines three components, or the three Ps – Platform-People-Process. Every deployment starts with an audit of the technology environment and a customized solution-stack is deployed that complements the existing assets, instead of replacing them. FEED can go-live in 6-12 weeks of audit, depending on the scale and complexity of the operation.

Upon deployment, clients have an option to get an on-site team placed in their premises running a command-centre supported by off-site teams stationed in Ogilvy Africa’s offices. The working process is designed to provide width and depth of skills while being agile enough to work in 24-hour sprints.

“While technology is available to all, technology alone seldom solves a problem. The added layer of our talent, combined with FEED’s proprietary process are key. We’ve designed the process to put agility at the heart of the setup that delivers real-time, consistently” Said Mehta.

FEED is available in light, standard and plus packages; allowing a wide spectrum of organisations to benefit from it.

It’s worth noting that a significant part of the testing period for FEED coincided with the physical restrictions around the region due to COVID 19. The accelerated digital-adoption of the past three months has allowed FEED to be stress-tested on several occasions, helping make its process more robust.

For a free demo of FEED, drop a line to Riku.Vassinen@ogilvyafrica.com

Ogilvy Africa is the largest network agency in Africa catering to 40 countries on the continent with a team of ~900 people across Central, East, and West Africa. Headquartered in Nairobi – Kenya, Ogilvy Africa manages a portfolio of over 100 brands for clients such as Airtel, Africa CDC, BAT, Coca-Cola, Diageo, Distell, Equity Bank, Exxon Mobil, Kenya Airways, Mondelez, NCBA, Nestle, Philips, PWC, SAB Miller, Sanlam, Total, UNICEF, and WWF amongst others.

The agency offers services across the full spectrum of marketing domains including advertising (on and offline), Customer Engagement & Commerce, Digital Transformation, Shopper Marketing, Media, PR & Influence; all under one roof with a mission to Make Brands Matter.

Ogilvy Africa is the most awarded network in Africa including several regional and global awards such as Cannes Lions, Grand Clio award, and the Dubai Lynx Festival.

Ogilvy is a global creative network launched by David Ogilvy in New York 70 years ago.