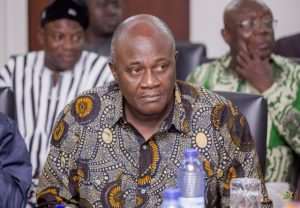 Each of the six yet-to-be created regions will receive an amount of GHc20 million as seed capital if they sail through successfully in the upcoming referendum slated for December 27, 2018, Minister for Regional Reorganization and Development, Dan Botwe has said.

According to him, the amount is to enable them put in place critical infrastructure for a smooth takeoff.

“In anticipation, the 2019 budget and economic policy has allocated GHc20 million as seed capital per the new regions for the provision of critical infrastructure to enable the new regions to take off. So if they succeed, they have that one to start setting up and taking over their region,” Dan Botwe said at a press conference on Thursday.

Currently processes are in place to hold referendum in the six areas.

The Supreme Court cleared the way for the referendum to be held when it dismissed a lawsuit which sought to drawback the exercise.

The plaintiffs, Mayor Agblexe, Destiny Awlimey, and Jean-Claude Koku Amenyaoglo, were seeking an interpretation of Article 5 of the 1992 constitution which states the procedure for the creation of new regions.

But the Justice of the Supreme Court said there is no genuine or real issue for interpretation as the constitution states unambiguously, what ought to be done during processes for a referendum.

Dan Botwe welcomed the Supreme Court’s judgment saying “now the way is cleared for the Electoral Commission to go ahead with the referendum.”

He added that the Constitutional Instrument to govern the creation of the new regions has served its mandatory 21 days in Parliament and matures today, November 29, 2018.

“The C.I. 109 will mature by the end of Parliament’s sitting today. And therefore the Commission will have the green light to go about its duties.”

He explained that per the 1992 Constitution, about 50 % of the registered voters in allotted areas for the new regions have to take part in the referendum, adding that “80% of those who cast their votes should vote yes before the creation of the region.”

“It does not follow that just because of this you automatically have six regions. No. It may happen that only one region may pass, it may also happen that all the six will pass,” he added.

Gov’t not spending a dime on campaign

The Minister added that government is not spending money to campaign for the new regions, and has left such activities to petitioners who demanded for the creation.

“We have intimated during our interactions that government is not spending any money to campaign for the creation of regions or to campaign against the creation of regions. No. Government is not spending any money on that. This as Mr. President stated is driven by those who petitioned. And I’m sure when you contact your colleagues in the regions you might have seen that the petitioners for the creation of the new regions have bought their own pickups, t-shirts. I’ve been told that some songs have been made to campaign. So that one is being done solely by the petitioners themselves,” he added.

The Minister of Regional Reorganization and Development said “what government is doing and will continue to do is the education process and that is the work of the Electoral Commission which is to follow through so that all that is needed for this exercise to commence is done.”