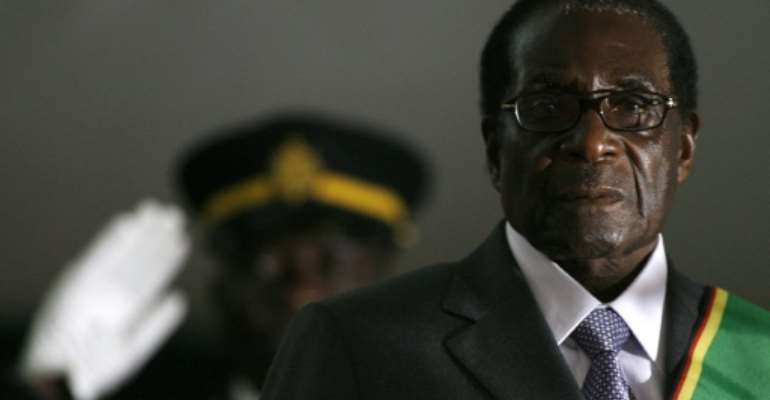 3 HOURS AGO  ZIMBABWE
Mugabe was finally ousted in 2017 when his previously loyal military generals turned against him as the country was mired in an economic crisis. By ALEXANDER JOE (AFP/File)

Robert Mugabe, who led Zimbabwe with an iron fist from 1980 to 2017, has died aged 95, the country’s president announced Friday.

“It is with the utmost sadness that I announce the passing on of Zimbabwe’s founding father and former President… Robert Mugabe,” Emmerson Mnangagwa said in a tweet. 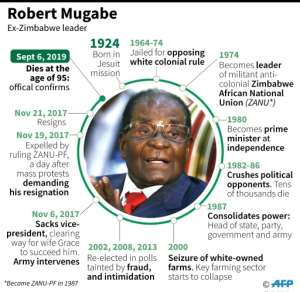 Mugabe “was an icon of liberation, a pan-Africanist who dedicated his life to the emancipation and empowerment of his people. His contribution to the history of our nation and continent will never be forgotten. May his soul rest in eternal peace.”

The former guerrilla leader swept to power in 1980 elections after a growing insurgency and economic sanctions forced the Rhodesian government to the negotiating table.

He was finally ousted in 2017 when his previously loyal military generals turned against as the country was mired in an economic crisis.