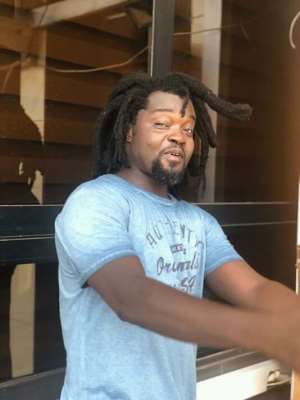 Ghanaian musician Guda wasstornie, known in real life as Yaw Nyarko has revealed that he has been on a low key because his career itenary was not executed as planned.

According to him, after a long struggle to come out with his album months ago knowing how difficult it is to promote a song in Ghana, he is highly discouraged to release his singles.

The musician who was formerly under Kumawood actor Lil Win’s music production Boss Nation Music has said that the rivalry between the actor and his former manager affected his career.

Giving details about that, he said It affected him in a way that Lilwin has already built a solid brand so it would have been easier for any new artiste to ride on and be successful.

Guda also mentioned that there were a lot of musicians under Boss Nation Music but due to the rivalry between Lilwin and his manager almost all of those artistes have scattered.

Guda is preparing to release a new single featuring Ponobiom, Fameye and other great musicians under his own label called Guda Music.

Fans should expect something great from Guda in the coming days.