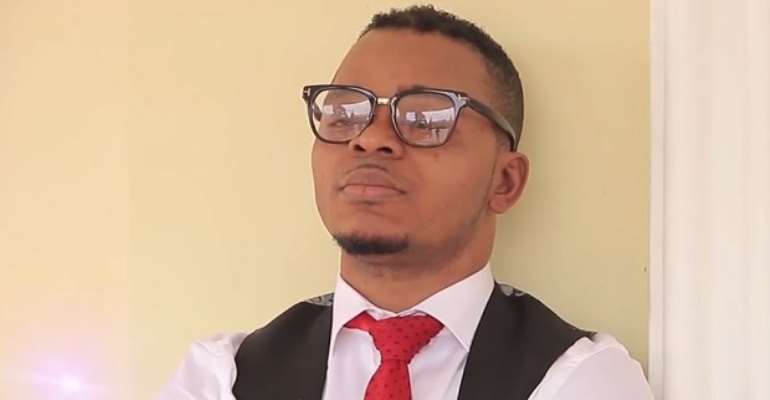 The woes of embattled pastor Daniel Obinim, founder and leader of International God’s Way Church (IGWC), do not appear to be over as the Member of Parliament (MP) for Assin Central, Kennedy Ohene Agyapong has reported him to the Economic and Organized Crime Office (EOCO) for the anti-graft body to investigate him over alleged money laundering and other related crimes.

Already, Obinim is before the Kaneshie District Magistrate Court in Accra charged with publication of false news, as well as forgery of a document contrary to Sections 208 and 159 of the Criminal and other Offences Act, 1960 (Act 29), for which he was in police custody for about three nights.

Obinim, who claims to be an angel of God and has been frequenting heaven, was granted bail by the Kaneshie Magistrate Court in Accra last week in the sum of GH¢100,000 with three sureties, one to be justified but was not able to extricate the bail bond on time and had to remain in cells until last Friday when he finally walked home.

It was Obinim who caused his lawyers last year to sue the GRA and Fidelity Bank over what he called an unlawful placement of lien on his Fidelity Bank account.

The GRA garnished Obinim’s account due to his alleged non-payment of rent taxes on a block of 21 units of shop situated in Tema, which he uses as a guest house.

He also sought “an order to set aside and/or strike out the Garnishment Notice issued at 10am, June 27, 2019 by the Commissioner General of the Ghana Revenue Authority; first defendant herein, directed at the second defendant (Fidelity Bank) to pay to the first defendant the sum of GH¢769,095.87 as being unlawful,” and asked for a further order for perpetual injunction to restrain the bank from placing a lien on his account and withdrawals to the GRA.

The said amount of GH¢28,990, according to the GRA, represented rent taxes for the period of 2014 to 2018 on a block of 21 units of shop situated in Tema and owned by Bishop Daniel Obinim and the remaining GH¢690,900, the GRA said, represented total Value Added Tax (VAT) charged for the period January 1, 2016 to July 31, 2018 from the business operations of Abroso Guest House Limited, a separate Limited Liability corporate entity which was not under the management of Obinim.

Obinim, in his statement of claim, averred that prior to the issuance of the GRA demand letter, the GRA, with request from the EOCO, conducted audit and assessment on him in respect of the same rents taxes payable on the same block of 21 units of shops and the guest house to ascertain the accuracy and reliability of his tax returns.

He said in the statement of claim that the GRA concluded that his tax liability for the period of 2014 to 2018 in respect of rents from the block of 21 units of shops was the sum of GH¢39,555 and that the Abroso Guest House was a separate entity not under the direct control of Obinim.

He subsequently submitted that as far as he was concerned, payment of all outstanding rent taxes owed and due that had been made, and the GRA receipts numbering nine had been issued to them accordingly.

On May 13, 2020, an Accra High Court presided by Justice Doreen G. Boakye-Agyei dismissed Obinim’s application that was challenging the GRA’s decision to ask him to settle a tax liability of GH¢1,591,797.50.

According to the court, the GRA followed due process in determining and notifying Obinim about his tax liabilities and that Obinim had not followed laid-down procedure to make his objections to be given a hearing as required by law.

“He cannot use his failure as a ground to seek judicial review. This instant case is not a proper and appropriate case for the court to exercise its powers of judicial review,” Justice Boakye-Agyei stated.

Sources close to Obinim are saying that he intends to instruct his lawyers to challenge the decision because as far as he is concerned, he paid his taxes to the state.