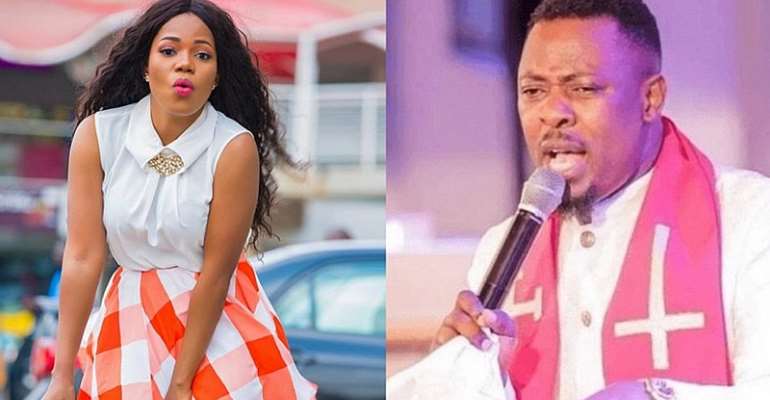 Hiplife musician Mzbel known in real life as Belinda Nana Akua Amoah has rubbished claims by a section of the media that she ‘confessed’ saying that prophet Nigel Gaise had sex with her.

Speaking in an interview with celebrity journalist Attractive Mustapha Nii Okai Inusah, the songstress said she has never granted any interview to any blogger or anybody that seems to suggest that the man of God chopped her like it is being circulated in the media.

Controversial Member of Parliament for Assin Central, Hon Kennedy Agypong on Wednesday, June 10, 2020, made some wild allegations against the founder and overseer of Prophetic Hill Chapel, Prophet Nigel Gaisie stating categorically that, the self-acclaimed man of God has slept with numerous ladies including a female musician.

But according to Mzbel she is a traditionalist who does not go to church and will surely call a traditional priest to deal with anyone dragging her name into Kennedy Agyapong and Prophet Nigel’s issues.

Mzbel however confirmed that she used to have issues with Prophet Nigel which have been resolved.

She also noted that her squabbles with the prophet are far away from sex.

“He didn’t have sex with me, whatever happened to me which made me call him a fake man of God is not about me and him having sex,” the ‘Abi 16years’ hitmaker intimated.