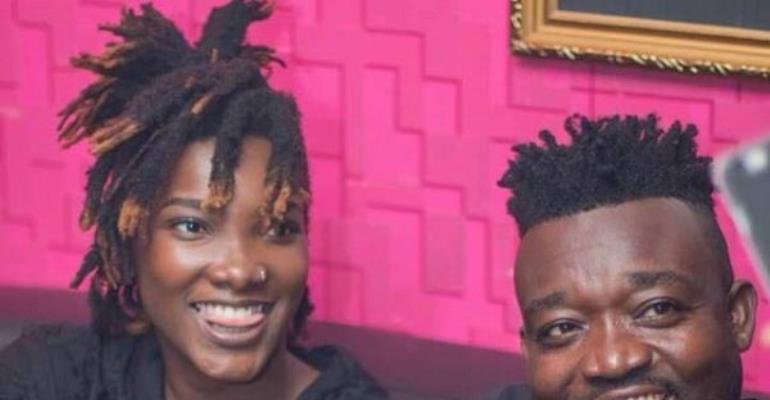 Artiste manager and CEO of RuffTown Record, Ricky Nana Agyemang, popularly known as Bullet, has admitted that he, at a point in time, lost control of Ebony before she died.

According to him, the situation was so dire that, he did not even know that the artiste he groomed to become a household name was travelling the day she met her untimely death.

Bullet, shortly after Ebony lost her life in a tragic accident on February 8, 2017, came under heavy criticisms with many questioning why he would allow his artiste to travel in the night.

Ebony was killed in a gory accident on the Sunyani-Kumasi highway after visiting her mother.

Reacting to the attacks in an interview with Lexis Bill on Behind the Fame on Joy FM Monday, he explained that, “When an artiste become a success or becomes big sometimes it’s very hard to control them. I didn’t know she was travelling.”

He admitted that, “What I will say is, I lost control…I didn’t fail…I lost control because maybe the artiste thought she’s become big and she wanted to be on her own. When I say I lost control, I didn’t have a say,” because it became difficult telling Ebony what to do.

“It so hard…sometimes they don’t understand the fame…there is no way I would allow Ebony to travel [at that time],” he said.

“I know they cannot blame me because I did all I could,” Bullet defended himself.

He was quick to shield himself from any culpability that he had a hand in the death of Ebony.

“You think it’s easy to kill [a] human being… I can never even kill a fly… For what, why would I do something like that,” and that it does not make any logical sense to kill an artiste he struggled to bring to the limelight and they were now about to reap their toils.

“You think its easy to kill a star like Ebony?” the RuffTown CEO further quizzed.

“You think spiritually or physically I will be here…God knows I have no hand in her death no matter what,” he stressed.

The artiste manager was also quick to dispel rumours that he demanded to see the body of Ebony at 2 am after the accident.

Bullet explained that he was not even in the country then and therefore simply not possible for him to make such demands.