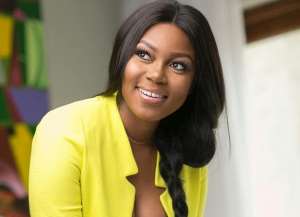 The divorce rate in Ghana has increased over the years. People are getting divorced more than tying the knot. Some people are however doing whatever it takes to make their marriage last till eternity.

Sensational Actress Yvonne Nelson who seems to be quite updated on the current rise in divorce matters has stated that she will be disappointed if she marries and ends up divorcing after that.

According to the actress, though she wants to tie the knot, marriage is not something she would rush into.

“I would love to get married, but I feel a lot of people get pressured by society. I mean if the time is right and it happens, I will be very happy, but marriage is something I don’t want to rush into and rush out of,” she stated.

Speaking in an interview with JoyNews’ MzGee, she added that because of her personality, she has to be certain before she takes the big step.

“I know how I am. I am a very strong-willed person so if I am going to do it I have to be very sure and both of us have to be on the same page,” she stated.