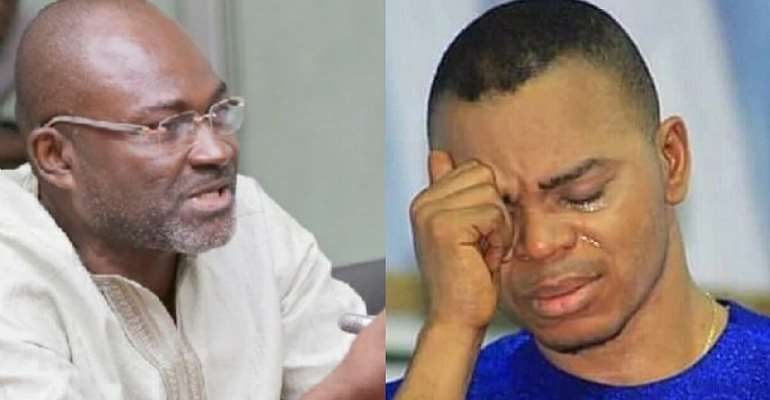 The founder and leader of International Godsway Church is still in custody after allegedly failing to meet a ₵100,000 plus three sureties bail condition.

He has been charged with the offence of publication of false news and forgery of documents contrary to sections 208 and 159 respectively of the Criminal and other offences Act, (1960; Act 29).

Bishop Obinim’s arrest follows a crusade launched by the outspoken legislator to expose what he describes as charlatans in cassock.

However, after spending days in police cell, Ken Agyapong says the fate of the self-acclaimed ‘Angel’ breaks his heart.

He revealed that Bishop Obinim has been able to meet two of the three bail condition hence he was prepared to get his office to help in order to get him released.

“Obinim must now know he does not have any friends; he needs just one person to meet his bail condition and no one is ready to assist him but I’m ready to offer my house to bail him,” he said in an interview on Net 2 television Friday.

This gesture, the Assin Central MP said, is to enable the Economic and Organised Crime (EOCO) commence its investigations into the man of God’s activities.

Ken Agyapong, Member of Parliament for Assin Central, has vowed to deal with all fake pastors who are taking advantage of vulnerable persons in society.