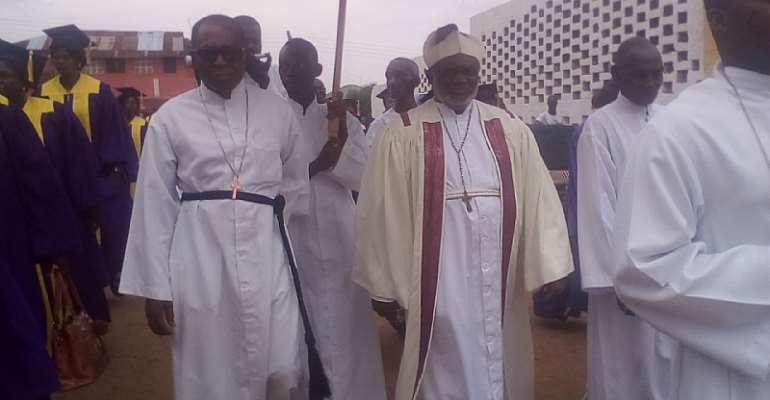 Former President H. E John Dramani Mahama has encouraged Members of the Musama Disco Christo Church with the headquarters at Gomoa Mozano on the Gomoa West District of the Central Region to be steadfast in their faith as Christians to receive God’s Grace and protection as they start their Annual Peace Festival ( Asomdwee Afe).

Addressing the over 10,000 Members of the Church drawn from all its branches in Ghana and Abroad at Gomoa Mozano on Sunday, Former President John Mahama stressed the need to ensure they hold the church in high extreme.

” This is my first time visiting Musama Disco Christo Church (MDCC) and has felt the blessings of the Church as I entered the Jubilee Temple. Am highly blessed coming to mark this blissful cerebration.

That’s why am encouraging every member to be steadfast to the teachings of MDCC and to proud of the church’s Doctrine.

Let me use this opportunity to commend the leadership of this church both former and present for the various roles they played towards National Development.

The role they politically, socially, economically and spiritually is shaping the lives of the citizenry not only in the Church but Ghana as a whole”

He pleaded to be visiting the leadership of the Church to discuss issues bothering national development.

Speaking on the Theme : Praise the Lord for His Goodness, the Founding President of Worldwide Miracle Outreach International, Evangelist Lawrence Tetteh noted that when Grace speaks, all other things bow down.

He therefore urged Members of the Musama Disco Christo Church and Christians in general to seek the face of God in their daily activities.

My topic today says ‘When Grace Speaks all other things bow down ‘as recorded in Psalm 107:8 says we should praise the Lord for His Goodness.

I want to encourage each of you here to see the face of God with faithfulness , Grace from God would be bonus. When Grace Speaks, doors are Opened as was in the time of Joesph when he was in prison, Grace brought him out to be a Prime Minister”

The Spiritual Head of the Musama Disco Christo Church, Prophet Mokna Jeeba Fifi Jehu Appiah (Akaboha IV) recounting the history of the Church noted MDCC is one of the oldest indigenous Churches in West which draws heavily on traditional Akan Religion and Culture.

” It was founded by Prophet Jemisimiham Jehu Appiah (Akaboha I) known in his private life as Mr. Joseph William Egyanka Appiah whose 100th Anniversary Coincide with this year’s Peace Festival

He was not only a Spiritual Head but was very active in politics who became an executive member of the Aborigines Right Protection Society in the Gold Coast era.

Prophet Jemisimiham Jehu Appiah (Akaboha I) prophesied to Dr. Kwame in the 1920s before he became the first President of Ghana

Since then, our past Spiritual Leaders played major roles towards National Growth and development. It is up to each of us to sustain whatever they left behind

This Church will continue to host Political Leaders ,Former President John Dramani Mahama’s visit to us today is no exception. 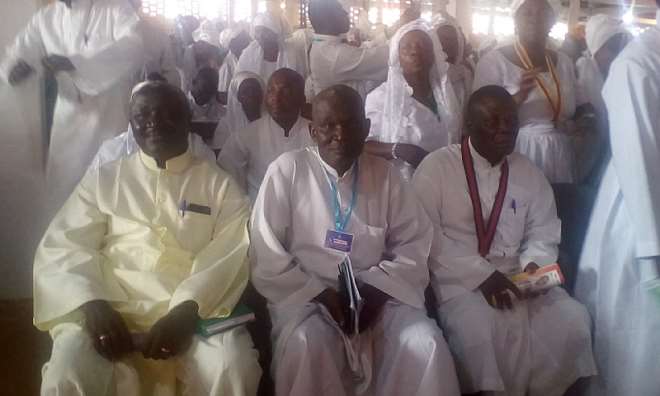