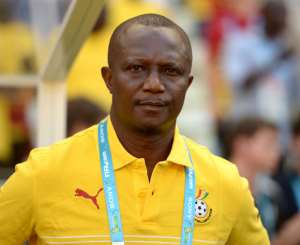 Coach James Kwasi Appiah could be a profitable football scout than being a coach for the Black Stars of Ghana.

It’s about two months after Ghana painfully exited the just ended 2019 Africa Cup of Nation (AFCON) which was held in Egypt.

Despite the underwhelming performance showcased by the senior national soccer team at the continent’s flagship event, some pundits and commentators of the game are of the view that the team’s poor outing goes beyond just the technical aspect, and that there are rather a myriad of factors, which is undoubtedly true.

Indeed, the performance of any team does not depend only on the coaches who manage the players; however, the impact of trainers on their teams cannot in any way be underestimated or pegged at par with any other factor.

Since coaches reserve the power of naming squads, be it 18 or in the case of a tournament, 23 players, from which 11 will be selected for a game, the team’s output, whether negative or positive, will be credited to the coach.

In this sense, the technical team of the Black Stars led by Coach Kwasi Appiah are the culprits for the shambolic display of the Stars at the 32nd edition of the AFCON.

Who is a coach?
A coach would be termed as someone who has acquired the requisite skills to assist athletes to realise their full potentials. Aside from that, he directs and trains teams or sports personalities by analysing their performance, instructing and giving them encouragement.

By this definition, Coach Appiah regulates and supervises the whole activities of the team technically. However, he has not done much to suggest he is in charge of the team judging from how the team performed. Coach Appiah’s men played more individualistically rather than playing as a team with a rehearsed pattern, showing that the gaffer had no handwriting on the team.

Who is a football scout?
This subject has two different sides, one is to become a player scout and other is to be a tactical scout.

A player scout evaluates the talent of footballers with a view to signing them on a professional contract for their employers. This type of scout focuses on discovering budding future stars.

A tactical scout assesses matches of upcoming opponents of his club and prepares reports for his team’s tactical preparations. Instead of identifying talents in these matches, the scout assesses the team and each individual player to identify the relative tactical threats and weaknesses of the opposition.

Coach Appiah perhaps seems a better player scout judging from the players he has recruited to the Black Stars since he was appointed as the head coach. He, however, should be made to focus on that than being on the touchline.

For instance, players such as Mubarak Wakaso, Albert Adomah, Christian Atsu, Kwesi Appiah, Afriyie Acquah, Rabiu Mohammed and others were all discovered by him and were given opportunity to play in the 2013 edition of AFCON hosted in South Africa when they were virtually unknown. However, their impact on the national team has been tremendous.

He again scouted the likes of Lumor Agbenyenu, Nuhu Kassim, Thomas Agyepong, Samuel Owusu, Kwabena Owusu, Caleb Ekuban, for this year’s tournament, though the team had a disappointing outing, the players showed a glimpse of readiness to be handed national team duties.

In this sense, coach Appiah has demonstrated the ability and expertise of being a player scout and has done it rightly looking at the numerous players he has introduced to the Black Stars and what they have achieved so far.

Some connoisseurs have argued that Coach Avram Grant inherited quality players and led them to the 2015 AFCON tourney in Equatorial Guinea, where the Black Stars were runner-up, losing against neighbours, Cote d’Ivoire, 8-9, in penalty shootout after a goalless game in 90 minutes.

In contrast, people have also doubted where the team would have reached in the same tournament with the same group of players if Coach Appiah was in charge of the team due to his seemingly poor tactical approach during games.

Doubt in his coaching prowess
Same positives statements can be said about him with regard to his coaching competences. His ability of recruiting players has shown clearly that he looks more specialised and gifted as a player scout than being a coach.

Without mincing words, Coach Appiah has been one of the luckiest coaches to have handled the Black Stars.

He was rather scouted as a promising coach for the national team and was given the opportunity to be a deputy to many foreign coaches who coached the senior national team from 2007 to 2012.

Thus, Coach Appiah has understudied coaches like Claude Leroy, Milovan Rajevac and Goran Stevanovic, and one may assume that he had adopted certain traits from each of the managers he had worked under to make him a better coach but little can be seen.

The former Al Khartoum trainer has had two different stints with the Black Stars, the first started from 2012 to 2014 and the second started from 2017 till date. With Coach Appiah at the helm as a manager, he has led the nation to three different tournaments. The AFCON competition in 2013 and 2019, and the unpopular 2014 FIFA world cup in Brazil.

At the 2014 World Cup, where Coach Appiah managed to qualify the team to its third appearance, the performance of the team was the nation’s worst since making its maiden outing in 2016. During that tournament, the Black Stars under Serbian gaffer, Ratomir Djokovic, exited in the round 16th stage.

In Black Stars second attendance at the world cup hosted in South Africa, they blossomed, by making it to the round 8th, a feat achieved by only three African nations. However, Coach Appiah led the team to Brazil 2014 and it was awful, exiting from the samba tournament at the group stage, and not winning a single game.

By juxtaposing Coach Appiah’s performance as a trainer and a scout, one would underscore that his capabilities as a scout, discovering players for the senior national team, has served the nation right, profitable and by margins supersedes his achievement as a coach.

On managerial terms, the former Kumasi Asante Kotoko left-back, by his actions, have proven to lack certain skills that could be applied to bring the best out of his team. Many of his managerial flaws can be enumerated but the highest evidence was how he managed the recent captaincy transfer of his team, (i.e.) Andre Ayew replacing Asamoah Gyan as the substantive captain of the team, especially three weeks to a major tournament was regrettable. A situation Coach Appiah himself has suffered before when he was stripped of the captaincy in favour of Abedi Ayew Pele prior to the Senegal 1992 African tournament.

Further, and without being hyper-critical of the former Black Stars captain, his demeanour, actions and inactions on the touchline during the three tournaments he has supervised as a gaffer has particularly been poor and shows that he lacks the guts, technical know-how and impetus to land the nation any glory.

The earlier Coach Appiah is relieved of the technical and tactical duties of the Black Stars and perhaps, given a more suitable position as a scout, where his strengths and capabilities can be explored, the better it would be for the nation.

It can, however, be said boldly that given the opportunity granted him for approximately five years, he has very little to show, characterised with heart breaks and failure.