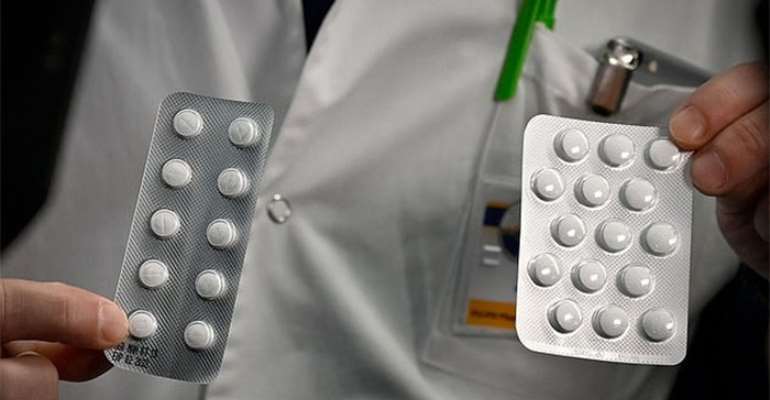 Drugs used to treat HIV and malaria could be used to fight the coronavirus, according to scientists in Australia.

A team of infectious disease experts at the University of Queensland in Brisbane say they have seen two existing medications manage to wipe out COVID-19 infections.

Chloroquine, an anti-malarial drug, and HIV-suppressing combination lopinavir/ritonavir have both reportedly shown promising results in human tests and made the virus ‘disappear’ in infected patients.

The drugs are being tested as researchers and doctors around the world scramble to try and find a vaccine, cure or treatment for the deadly virus.

Around 170,000 people across the globe have now been infected with the coronavirus and over 6,500 have died.

After China managed to get a handle on its sudden outbreak other countries were blindsided by huge epidemics – almost 25,000 people have caught it in Italy , around 14,000 in Iran , 8,000 in Spain and more than 5,000 apiece in Germany and France .

Queensland researcher, Professor David Paterson, said he hopes to enrol people in larger scale pharmaceutical trials by the end of the month.

Professor Paterson said it wouldn’t be wrong to consider the drugs a possible ‘treatment or cure’ for the deadly respiratory infection.

He explained that when the HIV medication lopinavir/ritonavir was given to people infected with the coronavirus in Australia it led to the ‘disappearance of the virus’.

‘Patients would end up with no viable coronavirus in their system at all after the end of the therapy.’

Although the treatment had been effective in a smattering of cases, there hasn’t been any controlled testing like what would be needed to test a new drug, Professor Paterson said.

‘That first wave of Chinese patients we had (in Australia), they all did very, very well when they were treated with the HIV drug,’ Professor Paterson said.

‘What we want to do at the moment is a large clinical trial across Australia, looking at 50 hospitals, and what we’re going to compare is one drug, versus another drug, versus the combination of the two drugs,’ Professor Paterson said.

There have been around 300 confirmed cases of the coronavirus in Australia and three people have died.

Lopinavir/ritonavir, the anti-HIV drug being tested, is most commonly sold under the name Kaletra.

It is an antiviral medication that can be taken twice a day by people infected with HIV in order to reduce levels of the virus circulating in the body.

Regular use of the medication is intended to stop HIV progressing to AIDS, which is fatal, and may also reduce the risk of people transmitting the infection to others.

It is a type of drug called a protease inhibitor, which works by stopping viruses from using an enzyme called protease, which is vital for them to be able to spread.

Without protease viruses cannot make the fully-matured clones that they need to be able to infect other healthy cells, so the infection can’t spread.

This ability to stop a virus from reproducing and infecting new cells is believed to be what apparently makes Kaletra an effective coronavirus treatment.