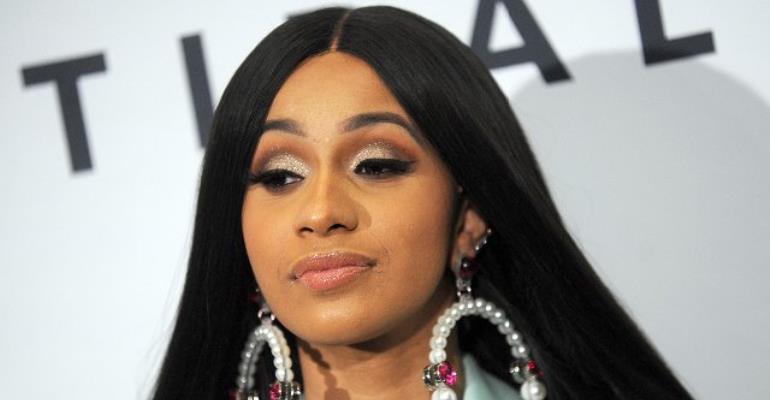 Sensational American rapper, Belcalis Marlenis Almanzar, popularly known as Cardi B, has been named among the top nominees for the 2018 MTV’s Video Music Awards.

The sexy diva was nominated in 10 categories, including “Video,” “Song” and “Artist of the Year.”

According to a statement from Viacom, The Carters, which consists of the American hip hop duo of married musicians Beyoncé and Jay-Z, secured eight nominations including “Video of the Year,” “Best Collaboration” and “Best Hip Hop” for their recent hit single “APES**T.”

Other top contenders include Childish Gambino, Drake and Bruno Mars.

It will be recalled that Beyoncé and Jay-Z released their first album as The Carters, Everything Is Love, on June 16, 2018.

“It has already been a monumental year in music, and this year’s ‘VMAs’ will take things to a whole new level,” said Bruce Gillmer, Head of Music and Music Talent, Global Entertainment Group, Viacom.

“The extraordinary group of nominees have amazed us with their talent and inspired us with their creativity and when you get them together for one night, anything is possible,” he added.

The list of nominees, as announced by MTV, includes dozens of artists whose reach and influence have elevated music relevance within the cultural conversation.

The statement reads further: “The VMAs will air live from Radio City Music Hall on Tuesday, 21 August at 1:00 am on MTV (DStv channel 130) reaching more than 1million households around the continent.

“MTV’s collaboration with Instagram to reveal the nominees on IGTV with an all-star group of creators is the first time an awards show has used the new platform in this capacity with a combined reach of more than 23 million followers on Instagram alone.

“From live parrots to gospel choirs, workout videos to bathtubs filled with rubber duckies, each of the creators was tasked with revealing a category and its nominees in eccentric vignettes that emphasize that everything might happen at the ‘VMAs.’

“Beginning today, fans can vote for their favourites across eight VMA categories, including “Video of the Year,” “Artist of the Year,” “Best Collaboration” and more by visiting vma.mtv.com until Friday, August 10.

“Voting for the “Best New Artist” award, presented by Taco Bell®, will remain active until the VMA broadcast.”

It, however, added that the 2018 VMAs broadcast in partnership with SKKY will air live on Tuesday, 21 August at 1 am from Radio City Music Hall and repeat on the same night at 7:15 pm on MTV Base (DStv channel 130).