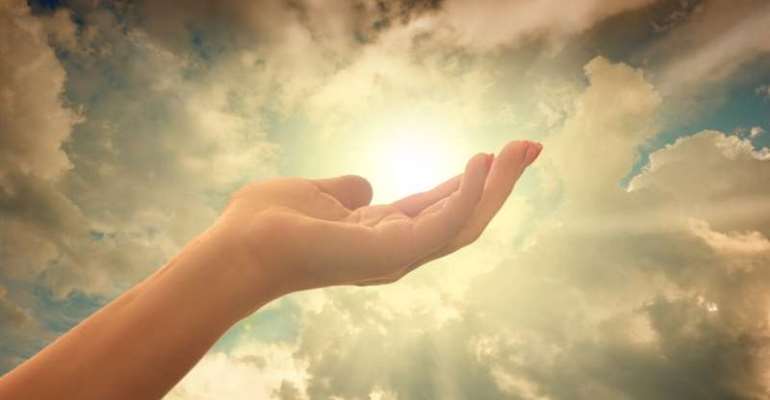 ““This is the word of the Lord to Zerubbabel: ‘Not by might nor by power, but by my Spirit,’ says the Lord Almighty. “What are you, O mighty mountain? Before Zerubbabel, you will become level ground….”” (Zechariah 4:6-7 NIV).

Today is the Day of Pentecost. It is in remembrance of the day God poured out the Holy Spirit on the disciples and they spoke in tongues which were understood by the people from various tribes and nations gathered in Jerusalem. This was in fulfillment of the promise Jesus made to the disciples that they should wait in Jerusalem for the Holy Spirit which would give them the power to witness for him worldwide.

Following the Pentecost incident, the once timid disciples were empowered and became fearless advocates and witnesses for the Lord, and about three thousand people were converted to the faith that day (Acts chapters 1 and 2).

Many, many years earlier, God empowered and encouraged Zerubbabel. The people of Israel had returned from seventy-year captivity in Babylon and were trying to rebuild the temple that was destroyed by the Babylonians. The civil leader of the Israelites was Zerubbabel who was among the first batch of returnees, and the religious leader was a high priest called Joshua.

Apparently, there were internal and external problems that were hindering the temple rebuilding efforts. The Prophet Zechariah’s vision was the means by which God delivered a message of empowerment and encouragement to Zerubbabel that it was not by might nor by power, but by His Spirit. God assured Zerubbabel that he would overcome the problems that had become a mighty mountain.

Since the task faced by Zerubbabel was the rebuilding of the temple in Jerusalem, one would have thought that the most important factors for the building project would have been the equivalent of today’s engineers, architects, designers, stonecutters, masons, bricklayers, plumbers, and carpenters using their brains, expertise, strength, and good quality building materials.

In other words, from a human point of view, they needed professionals and skilled men and women to use their might and power, but that was not how God saw it. God said that it was not by their might nor by their power, but by His Spirit that they would accomplish the task of rebuilding the temple. One lesson is that we should not always look at things from the physical perspective without considering their spiritual dimensions and the hand of God in them.

Moreover, the Sprit that God considered as the most important factor is a powerful force that has been in existence since the beginning of creation (see Genesis 1:1-2). God’s active involvement may sound strange to some people, but not to men and women of faith who believe that “unless the Lord builds the house, its builders labor in vain” (Psalm 127:1 NIV). Interestingly, the one who said that was King Solomon, the very person who built the original temple that Zerubbabel was trying to rebuild.

It was also the same temple that Solomon’s father, King David, originally offered to build, but God rejected his offer and chose Solomon, because David had shed much blood and fought many wars (1 Chronicles 17:1-12; 22:1-10). Therefore, if God gives you the opportunity to construct or contribute to the construction of a Church building, consider it an honor and a privilege because a great person like King David was not permitted to do so.

The Christian life without the regular filling of the Holy Spirit is like a moving car which is gradually running out of fuel, petrol or gas. The car is able to run as long as it is in motion, but very soon it would stop and not restart. Without the renewal of Holy Spirt in us, we may be running on fumes and lacking in spiritual strength to climb mountains, do God’s work, and resist the devil.

Like the people of Israel whom God blessed with manna from heaven each day (Exodus chapter 16), Christians today need spiritual renewal daily. In addition, for us to be effective Christians, we must feed on the Word of God daily, and pray daily. The daily dependence on God minimizes our dependence on our own might and power, and enables us to be led by the Holy Spirit. Self-assessment and rejuvenation of our spiritual health on a regular basis are important. It is not helpful for anyone to rely solely on yesterday’s glory.

When Paul said he could do all things through Christ who strengthened him (Philippians 4:13), it was not an empty boast which some have turned into a nice slogan. It was based on a closer and deeper relationship with Jesus and reliance on the Spirit of God to keep him going on a daily basis. If we say the same thing with Paul, then we must equip ourselves daily with the Holy Spirit, feed daily on the Word of God, and pray daily. Dusting off our Bibles every Sunday for Church service and praying casually may not build us up adequately to overcome mountains.

Almost all of us have “mountains” standing in our ways. Some of the mountains are like hills we can easily climb. Others are like the height of Mount Afadjato, the highest mountain in Ghana, making them too difficult to climb. Whatever our “mountains” may be, God is able to make them become level grounds, as He told Zerubbabel. On his part, Jesus said to his disciples, ““I tell you the truth, if you have faith as small as a mustard seed, you can say to this mountain, ‘move from here to there’ and it will move. Nothing will be impossible for you”” (Matthew 17:20 NIV).

The Church and the Kingdom of Heaven have expanded on earth not by people who were afraid to take risks or who stayed within the comforts of the plains and avoided the “mountains,” but by Spirit-led men and women who, by faith, faced and found ways through, over, and around “mountains.”

On this Day of Pentecost, may the Spirit of the Living God fall afresh on all of us. May the Holy Spirit lift us upward and higher above all mountains, or give us courage to face and move all the mountains in our ways, or cause the mountains to become level grounds, according to His will. And may the Almighty God give us the humility to accept that material and spiritual successes in life are not achieved by our might nor by our power, but by His Spirit. Happy Pentecost Day!

Prayer is the key. May God grant us the grace to seek Him daily through our prayers.

PrayerHouse Ministry is dedicated to providing a quiet facility for Christians to pray individually by themselves without any intermediary priest, pastor, or any other person. This is a free service. No money is demanded or accepted. One facility is located at Kyerekrom / Fumesua, near Building and Road Research Institute Offices, one mile off the Kumasi-Accra Road, and next to a house called Grace Castle. If you are interested, please contact Agnes at 054-7498653. Another is located at Kantinkyiren, at the junction of Kantinkyiren and Konkori, off the Kumasi-Obuasi Road, branching left at Trede junction. Contact Kwadwo at 020-8768461 / 0246-989413.