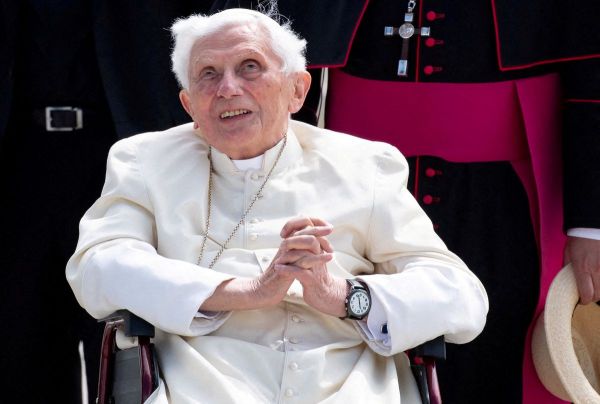 Former Pope Benedict XVI has died at his Vatican residence, aged 95, almost a decade after he stood down because of ailing health.

He led the Catholic Church for less than eight years until, in 2013, he became the first Pope to resign since Gregory XII in 1415.

Benedict spent his final years at the Mater Ecclesiae monastery within the walls of the Vatican.

His successor Pope Francis said he had visited him there frequently.

The Vatican said in a statement: “With sorrow I inform you that the Pope Emeritus, Benedict XVI, passed away today at 9:34 in the Mater Ecclesiae Monastery in the Vatican.

“Further information will be provided as soon as possible.”

The Vatican said the body of the Pope Emeritus will be placed in St Peter’s Basilica from 2 January for “the greeting of the faithful”.

Pope Francis will lead the funeral on 5 January in St Peter’s Square in Rome, a spokesperson said.

Bells rang out from Munich cathedral and a single bell was heard ringing from St Peter’s Square in Rome after the former death was announced.