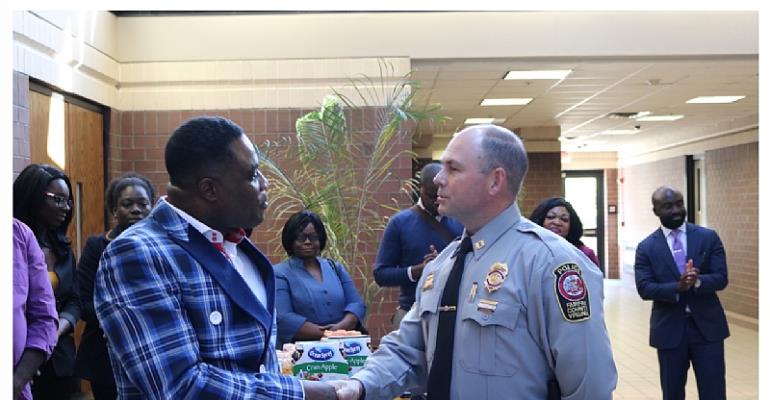 The event will honor the work and exceptional service or an act of valor of chosen officers occurring between July 1, 2017 – June 30, 2018. This event’s significance is that it will be the first of its kind put together by an immigrant community leader in the person of Bishop Adonteng Boateng.

Award recipients will include sworn and non-sworn members from the following agencies: Fairfax County Police Department, Fairfax County Sheriff’s Office, and Virginia State Police officers. Additionally, citizens and volunteers from the community will be among those honored.

Mark Center Hilton located at 5000 Seminary Road in Alexandria, VA is the venue for the banquet-awards scheduled for October 27, 2018, at 7 pm. Bishop Adonteng Boateng said in an interview that he noticed with deep satisfaction the dedication and service of the Fairfax County Police Department and how its work contributes to the enhancement of safety and security in general.

“We are very excited about this banquet-awards because it will give the public the chance to have a one-on-one interaction with the police force for a better understanding of their work. The police, on the other hand, will feel the appreciation of the community for their work and how important it is for everyone,” the Bishop explained.

Expected to be on the list of invited special quests are Governor of the Commonwealth of VA, Superintendent of VA State Police, Bureau of Field Operations, Division Seven Commander, State Police, members of Fairfax County Executive and Fairfax County Chairman of the Board of Police Supervisors, all respectively of VA.

Captain Grinnan revealed that there will be a joint public safety Honor Guard ceremony scheduled for the event expected. Renowned broadcaster Leon Harris is expected to be the emcee.

Public support for police work will not go unnoticed as ‘Volunteer of the Year‘, and ‘Non-Sworn/Civilian Employee of the Year‘ awards will also be given to deserving individuals, Captain Grinnan revealed. Bishop Adonteng Boateng, on the other hand, said that the awardee and honoree list will be made up of about 10-15 recipients.

More information will be made available to the public about the event via its Twitter page@AwardsFaithful , and the county’s police website: www.fairfaxcounty.gov/police .