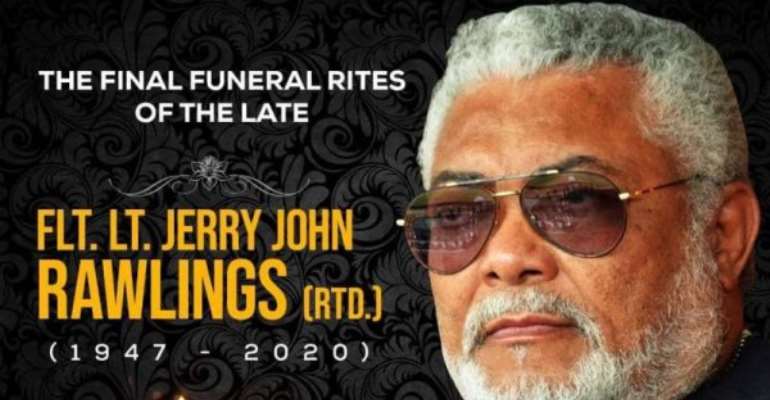 Some Senior citizens in the Bono Regional capital say ex-President Jerry John Rawlings will be remembered by the people of the region for the rural electrification project he implemented in the then Brong-Ahafo Region.

“In fact his government championed the cause of rural electrification in our region. Now electricity has been extended to virtually every community in Bono, Bono East and Ahafo regions. This is a great achievement of the former President and we need to honour him.” Mr George Abeiku, a retired educationist stated.

In a random interview with the Ghana News Agency (GNA) in Sunyani, Mr Abeiku described former President Rawlings as a selfless leader, always determined to facilitate equitable distribution of the national cake based on the needs of people.

Others also praised the former President for the level of road infrastructure the region witnessed under his governments.

“Look at the quality of work, which was done on the Sunyani-Kumasi highway. Till now the highway is still in good shape only that successive governments have failed to do minor works on it. But still you could see the principal street of Sunyani is still standard”, Mr Emmanuel Kusi, a-69-year-old farmer stated.

Describing his death as a big blow to the nation, Mr Kusi praised President Akufo-Addo for giving former President Rawlings a befitting burial, saying “Rawlings is a statesman who deserves the best”.

“I liked his charisma and unflinching determination in fighting corruption. His love and care for the needy in society, and love for nation remained unparalleled, though there were some excesses in his zeal”, Maame Ama Adubea, 62-year-old retired teacher indicated.

“Everybody desired to see him. When he comes to Sunyani in those days, we will all stand by the roadside and cheer him up. He has the qualities and charisma to move the crowd. Most of us would remember him for his high sense of patriotism”, Mr James Agyenim, a taxi driver stated.

He stressed former President Rawlings left the then Brong-Ahafo region a bequeathing legacy in the political history of the nation, and underlined the need for the chiefs and people of three regions to build a monument in honour of him.