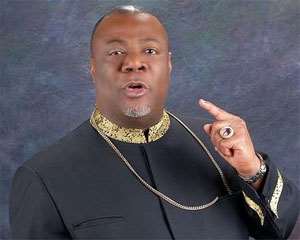 The General Overseer of the Action Faith Chapel International has called on government and Ghanaians to desist from the culture of destroying indigenous businesses and successful local entrepreneurs.

Archbishop Anthony Duncan-Williams alleged during Sunday morning’s sermon that successive governments have made the founder of Zoomlion, the subject of attacks because of envy and jealousy.

“I don’t want to be political but if you look at people like Zoomlion and others, Zoomlion is a Ghanaian, but every government that has come will go after Zoomlion because they don’t understand why a Ghanaian should make it that big,” he said

“The level of insecurity, jealousy, and envy in this country is amazing. Our political system is designed to enhance jealousy and envy. We have become a society of bringing down one another,” he added.

This attitude, he pointed out, is contrary to what pertains in other countries like Nigeria.

According to the Founder of the Action Faith Chapel, Aliko Dangote, a Nigerian business magnate estimated to worth $10.6 billion is successful because of deliberate government policy to ensure that Nigerians prosper.

“If you look at this country we don’t have second and third generational wealth. The Nigerian government made sure one of their own rise to become a household name.

“Nigeria came up with policies to help one of their own to become huge and greater than foreigners,” Duncan-Williams said passionately.

This protectionist attitude of the Nigerian government is in sharp contrast to what the Archbishop says he has observed in Ghana.

In Ghana, as he told his congregation, foreigners have taken over the business and every space in the country because the government prefers foreigners to prosper than its own people.

“They prefer to cut deal with foreigners and let foreigners take our inheritance and give us crumbs and peanuts rather than to make deals with a Ghanaian,” he observed.

Making reference to the recent banking cleanup, he said it troubles him to note that after 62 years of Ghana’s independence not a single indigenous Ghanaian bank has been able to make to the international market.

“I am not talking for any bank but I am saying that at least after 62 years, there should one bank fulfilling the rules, compliance, doing the right things and succeeding.

“I don’t speak for any bank, I don’t serve any bank, I am just somebody who loves my country,” he remarked amidst applause from his congregation.

The contrary, he said, is true of Nigeria where several of its banks and businessmen have flourished and succeeded across the global market.

This attitude must change if Ghana hopes to have generational blessings and prosperity, he remarked.