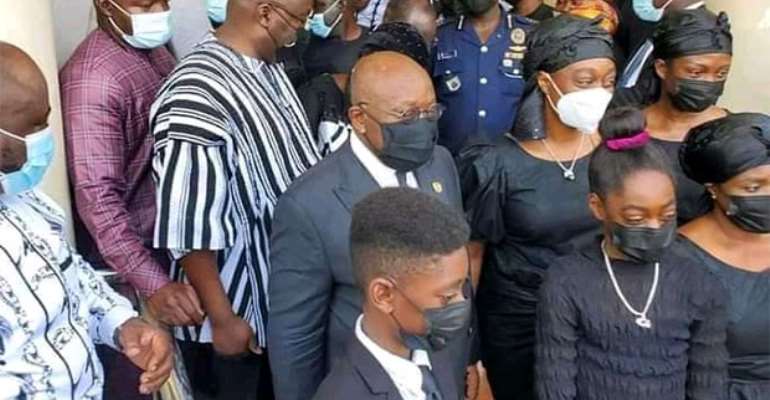 Her burial was preceded by a burial service held at the Tema Joint Church.

Kweku Baako, Managing Editor of the New Crusading Guide, lost his mother on March 6, 2021, at the Maritime Hospital, Accra, after a short illness.

She was the wife of the late Kofi Baako, Information Minister and later Defence Minister under Ghana’s first President, Osagyefo Dr. Kwame Nkrumah.

In her sermon, the officiating Minister, Very Rev. Helena Opoku-Sarkodie, said the various inspiring testimonies made of Madam Addison, was a testimony of how impactful her life had been on many.

Preaching on the topic, “Live and love”, the Reverend Minister said, truly Madam Addison was a legend who ventured into then male-dominated fields – music, politics, football entrepreneurship and succeeded.

Very Rev. Helena Opoku-Sarkodie said it was imperative that women of today emulate the positive, and forward looking attitude of Madam Addison.

Madam Gloria Aba Addison was later given a private burial.

The final funeral rites will be announced later.