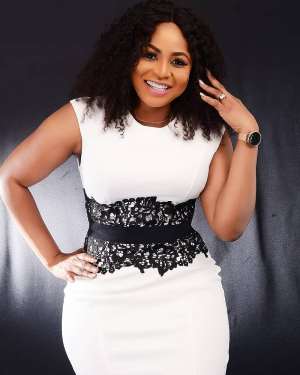 The US-based Entrepreneur, Writer and Philanthropist; Stacy Mawuenam Amewoyi will be honoured at this year’s edition of 3G Awards in New York.

From the thatched houses in Dzita in the Volta Region of Ghana, through the streets of Accra and unto the corridors of Elizabeth New Jersey, a star has emerged. The hopeless beckoned and she responded.

The voiceless moaned in silence and she screamed out their words to the public.

Stacy Mawuenam Amewoyi is that bright star! Having suffered the fate of a street child and knowing some of the ills that befall some orphans in a developing country like Ghana, Stacy put it at the top of her grand scheme of things to care for the less privileged in the society through her charity works.

Without attaining a high level of formal education, one may wonder why she decided to venture into writing a book, but she knows that, there’s no better way to tell and preserve her story than to put it into writing.

As someone who credits God Almighty and the hand of providence for her breakthrough in life, Stacy has succeeded in writing her first book – The King’s Choice. This book is available on Amazon, Barnes and Noble,

Currently, Stacy lives with her family in Elizabeth, New Jersey. To get up-to-date news on Stacy’s new book The King’s Choice.