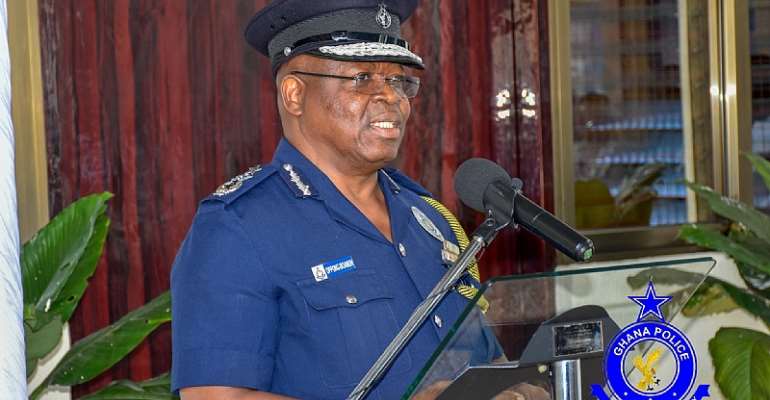 Acting Inspector General of Police, COP James Oppong-Boanuh, says his men will deal ruthlessly with all forms of vigilantism in the upcoming 2020 general elections.

Mr. Oppong-Boanuh, who was addressing this year’s National Police Command Conference assured that “the Ghana Police service will deal decisively with any persons or group of persons who will engage any form of lawlessness or vigilantism.”

“Ghana has over the years been hailed as the beacon of democracy in Africa. The Issue of vigilantism in recent times dented this prominent accolade however Government’s initiative, together with that of all relevant stakeholders, to outlaw all forms of vigilantism has welcome news to the Ghana police service.”

“It is our duty to ensure that the civil liberties and fundamental human rights of every Ghanaian are fully guaranteed before, during and after the elections and we shall perform that duty without fear or favour.”

The acting IGP also said the leadership of the Service is currently reviewing the police transformation program to strengthen the service.

At the same forum, the Minister for Interior and MP for Nandom, Ambrose Dery, announced the formation of an air wing of the Police Service.

Mr. Dery indicated that eight police officers are currently undergoing training in South Africa as pilots and engineers to operationalise the unit.

“We want to make it world standard and this is a new way,” Mr. Dery proclaimed.