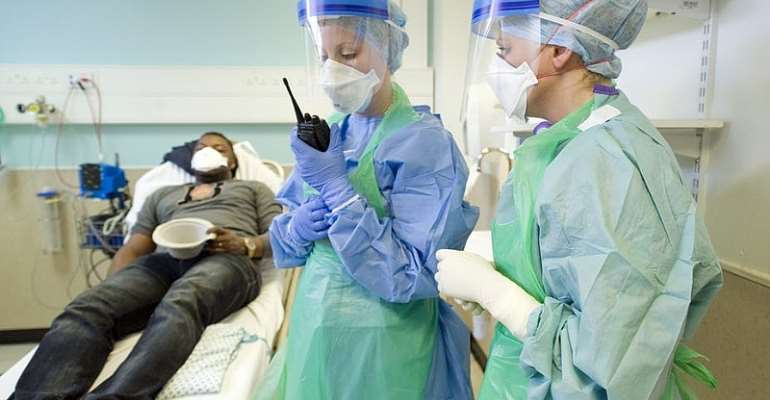 With 1.3 billion people, Africa accounts for about 16% of the world’s human population. Africa, comprising 54 countries, is the world’s second-largest and second-most-populous continent after Asia. As the coronavirus spreads around the world, many eyes are on Africa.

The number of coronavirus infections in Africa has reached 33,085, while 1,465 people died from the virus-related causes across the continent, the World Health Organization (WHO) Africa said on April 28.

South Africa accounts for the biggest number of infections (4,793) and 90 deaths. Algeria, meanwhile, has the biggest coronavirus death toll (432) and 3,517 infections. Egypt reported 337 fatalities and 4,782 cases, while Morocco identified 4,115 cases and 161 deaths, and Tunisia registered 949 cases and 38 fatalities.

South Africa and the Maghreb region are the hardest hit and worse affected by the coronavirus. The Maghreb region is considered as part of the Arab world. Those North African countries belong to the Arab League, although geographically part of Africa.

The size of the sub-Sahara region has historically been extremely variable, with its area rapidly fluctuating and at times disappearing depending on global climatic conditions. Sub-Saharan Africa is the least successful region of the world in reducing poverty.

Nigeria became the first African country to announce an easing of the lockdown measures in the most vastly populated regions. The restrictions imposed on March 30 will be lifted, possibly, on May 4, while the quarantine is substituted by a nationwide curfew effective between 20:00 and 06:00.

Late December 2019, Chinese officials notified the World Health Organization (WHO) about the outbreak of coronavirus in the city of Wuhan, in central China. Since then, cases of the novel coronavirus – named COVID-19 by the WHO – have been reported in every corner of the world. On March 11, the WHO declared the coronavirus outbreak a pandemic.

Africa comparatively has low infections in the world. In the case of Africa, the continent largely depends on external sources for funds to finance their healthcare delivery. Most of the health institutions are still struggling for support, so also with many of its sectors primarily due to multifaceted factors, according to experts.

The fundamentals of neoliberalism have been shaken. The informal economy and peasant production is not exploitative and extractive. It has survived despite state neglect and disparaging by policy and academic elite as survivalist and backward. It is time that economists, policymakers, investors and planners thought creatively on how to dialogue and prioritize, as a potential model and contribute to global sustainable development, according to Mary Njeri Kinyanjui, a Senior Research Fellow at the University of Nairobi’s Institute for Development Studies in Kenya, East Africa.

She concluded: “It offers the new economy the tenet of inclusivity, self-reliance, solidarity, continuous learning, democratic governance, reciprocity, pooling of resources, redistribution of resources, gifting, the role of the divine, social protection, individual and communal wellbeing.”

Meanwhile, it would be necessary to concentrate, in the short-term, on specific steps to curb the pandemic and its spread and reduce the damage to a minimum, primarily the health and lives of people on these islands and later analyze the lessons and forge long-term development plans.

“Given the raging coronavirus pandemic,” Russian Deputy Foreign Minister Sergey Ryabkov said in an interview with the International Life magazine, April 17, “one of the lessons to learn from the current events will be a shift in the elites’ stances in many countries which will prompt them to cut wasteful expenditure. It is significant to boost local healthcare systems and create reserves. We can hope that following the pandemic a well-known rule saying that lightning does not hit the same place twice will prove quite true. However, the sheer scale of the current disaster will apparently make a drastic effect on governments’ political compass.”

Although it has abundant natural resources, Africa remains the world’s poorest and least developed continent, the result of a variety of causes include corrupt governments and worse with poor development policies. Africa’s total nominal GDP remains behind that of the United States, China, Japan, Germany, the United Kingdom, India, and France. According to the United Nations’ Human Development Report, the bottom 24 ranked countries (151st to 175th) are all in Africa.