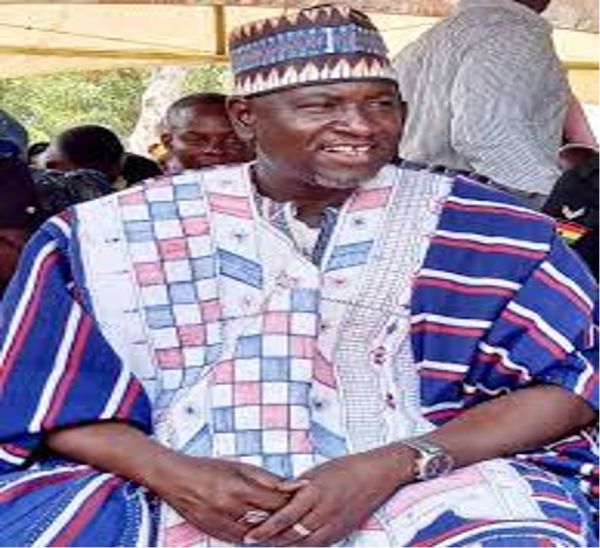 The governing New Patriotic Party (NPP) in May 2022, elected regional executives to steer the party’s affairs for the next four years and to ensure that ‘Breaking the 8’ mantra becomes feasible at the 2024 general elections.

As a result of their outstanding performance at the 2020 polls, fourteen (14) of the Regional Chairmen were retained while the Bono East and the Western North regions had new Chairmen.

The benchmark used for the ratings included outcome of the 2020 general elections, relationship between government appointees, constituency executives, respect for party foot soldiers, the media, respect for Chiefs and the Clergy.

Judging them by their performance for the year 2022 under review, the findings of a survey conducted by a political watchdog known as Gina Media Consult Limited has rated the NPP Savannah Regional Chairman, Alhaji Iddrisu Sulemana, affectionately known as Professor Kalamonia as the greatest, with a percentage of 82.6.

The survey uncovered that with scarce resources in the buildup to the 2020 general elections, Chairman Iddrisu Sulemana’s team worked tirelessly and won three out of the seven constituencies in the home region of the then National Democratic Congress (NDC) Presidential candidate, John Dramani Mahama.

The NPP appreciated over 80,000 Presidential votes and that unprecedented record saved the governing party from sliding into opposition. Savannah was the only region that increased its Parliamentary seats from one (1) in 2016 to three (3) in 2020.

According to the findings, Alhaji Sulemana Iddrisu, when he assumed office in 2019 as the first ever NPP Savannah Regional Chairman forged a strong relationship with government appointees, constituency executives, party foot soldiers, traditional leaders, the Clergy, and the media. This situation whipped up enthusiasm for party work at the grassroots which translated into the 2020 victory.

The Regional Chairman values and respects NPP foot soldiers in the region and creates opportunities for their voices to be heard. The survey pointed out.

The findings credited Alhaji Sulemana Iddrisu for lobbying for well-paid jobs for majority of the youth in all sectors of the economy.

The Chairman in many ways provided sewing machines, hair dryers and tools boxes to individuals and members of the Artisans Association in the Savannah Region, including fashion designers, hairdressers, and motor fitters.”

The survey discovered that the NPP Savannah Regional Chairman has commandeered respect from traditional leaders in the region, which was the NDC’s electoral world bank in the then Northern Region.

Recognizing tribal diversity is an important step in winning elections, Alhaji Iddrisu Sulemana appreciates the contribution of all tribes in the region to the NPP’s achievements and has stepped up efforts in improving tolerance, peace, and unity.

He is a native of Daboya, capital of North Gonja District. He started his political career as far back as his secondary school days.

As a gender activist, he has a very good working relationship with the Clergy, Chiefs, youth, and opinion leaders.

He is a successful businessman, a philanthropist and a reputable politician who has impacted greatly on the lives of many in Gonjaland and beyond.

In a corroborative survey conducted by the Coalition for Electoral Reforms, Africa in 2019, it was revealed that the NPP Savannah Regional Chairman had absolute control over the region and was on top of the game.

Alhaji Sulemana Iddrisu Alias Professor Kalamonia scored 58 percent in terms of his relationship with constituency executives, foot soldiers, and influence in the region.

The survey concluded that the NPP lost majority Parliamentary seats in the 2020 general elections due to acrimony between some regional Chairmen and government appointees, some Regional Chairmen took unilateral decisions during the Parliamentary primaries and their failure to unite aggrieved party members.

The survey concluded that the NPP needs to put in extra efforts to consolidate its electoral gains in the Savannah Region, especially if John Dramani Mahama is retained as the NDC Presidential candidate for the 2024 Presidential election.