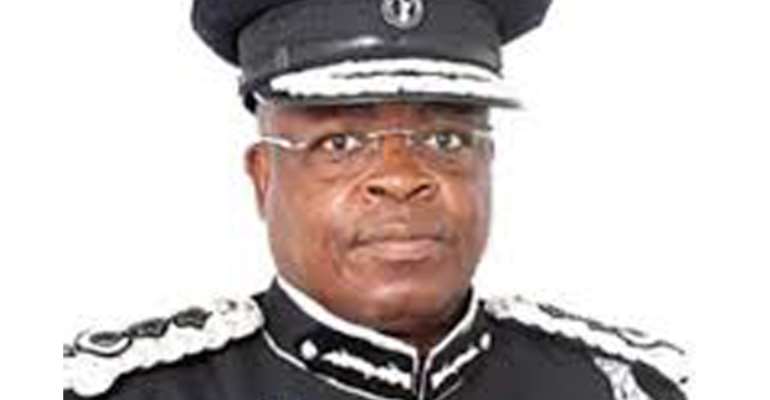 The Council of State at their meeting yesterday confirmed the appointment of the acting Inspector General of Police (IGP) Mr. James Oppong-Boanuh as the substantive IGP.

The Constitution demands that the Council of State confirms or otherwise the President’s recommendation of a person for the highest law enforcement office in the country.

The confirmation puts paid to a period of uncertainty as to whether or not the man who took over from his predecessor Mr. David Asante-Apeatu was going to be confirmed or asked to go home having after all exhausted his official permissible period of service in the Police Service.

But with the President’s constitutionally vested power to extend the service of a public official regardless of the end of the official end of service if he so wished and if so is acceptable to the Council of State, he is staying on for the next two years.

The President’s announcement via his official spokesperson is expected any moment from now.

Just when it appeared he was about to end his career, he was granted a one-year contract service in October 2018 as Deputy Director-General of the Police Service effective October 8, 2018 to October 7, 2019 by President Akufo-Addo.

At the time of his appointment in an acting capacity as IGP, of course, the chief constable was told he should hold the fort until a substantive person was appointed. Many, however, knew it was only a formality and that he would eventually get the nod.

With every superior officer dreaming of one day heading the law enforcement institution, he too had that dream which has now come true.

Although a seasoned cop, his appointment in an acting capacity as IGP was greeted with the murder of the policewoman in Tamale. It was a test for him to prove his mettle as the man to achieve results.

He promised to hunt down the killers and within a few days his promise was fulfilled and the suspected culprits are currently on trial.

As if that was not enough of a test, other cops were murdered in the Ashanti and Eastern regions and later in the Central Region where two cops died at the hands of suspects who have already been rounded up and currently behind bars, with charges preferred against them.

Mr. Oppong-Boanuh will come under the Ghanaian public radar over how he overcomes the motley challenges of law enforcement in the country.

In spite of the challenges of the dearth of logistics which has in recent times received massive government support and, therefore, on the verge of being overcome, there is one monster which is the presence of bad nuts in the ranks.

So far though he has not showed mercy on those cited for acts injurious to the image of the police.

During the passing-out parade of freshly minted police officers at the Police Training School in Accra, he charged the cops to be mindful of their conduct as those found wanting would be shown the exit.

A few days ago, a cop was captured on camera whipping a suspect at the Koforidua Railway Police Station for which the culprit is already on interdiction pending the commencement of service enquiry into the unbecoming conduct.

With a President passionate about the rule of law and respect for human rights, the new IGP has a full plate on how to ensure that his officers do not fall foul of acceptable standards.

The new IGP was born in 1958 at Aboabo No 1 in the Dormaa District of the former Brong Ahafo Region.

He obtained his GCE Ordinary and Advanced Levels at the Dormaa Secondary School and is an alumnus of the University of Ghana and the Ghana School of Law. He was called to the Ghana Bar in 1984.

Between 1986 and 1988, he worked as the Legal Officer at the Legal Department of the Agricultural Development Bank in Accra.

From November 2004 to March 2005, he was appointed Deputy Commissioner of Police of the African Union Mission in Sudan (AMIS).

On August 19, 2010, he took up duties as Police Commissioner to the African Union-United Nations Mission in Darfur (UNAMID) on 19th August 2010. He succeeded South African Micheal Fryer.

To support him as the Deputy IGP, DAILY GUIDE has learnt is COP/Mr. Christian Tetteh Yohunu, the man who until his elevation was the Director-General of the Motor Traffic and Transport Department (MTTD).